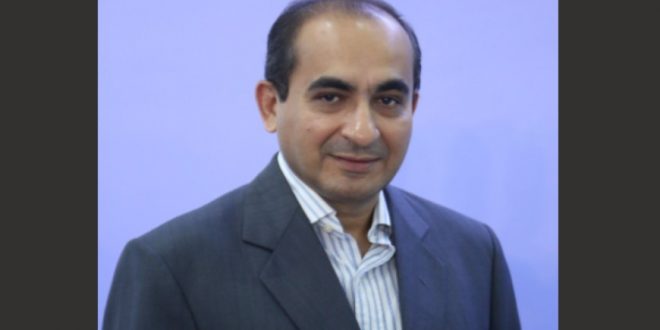 5G And Connected, Intelligent Technologies Will Be Winning Play For Mobile Gaming

Mobile gaming has emerged as one of the most popular entertainment options for Indian consumers, right up there with social media, OTT video, and music streaming. Its growth has been driven by the strong rise in smartphone penetration and most affordable data tariffs. It is further accelerated in recent years by the introduction of social elements and multiplayer formats.

5G, with its low latency, high bandwidth, and reliable connectivity, will enable mobile games to be downloaded faster and played without lags and interruptions. 5G-based gaming will enhance interactive storytelling and introduce elements of realism by enabling the convergence of television and movie content and immersive interactivity and extended reality in gaming.

XR and AI will enable immersive gaming that’s personalised to each user:

5G will enable extended reality (XR) gaming, seamlessly bridging the physical and digital worlds. Game developers view 5G as a foundational technology for XR. XR devices, which look like reading glasses and are equipped with sensors and enhanced capabilities to offer high-resolution immersive 3D displays, will elevate the gaming experience to new levels.

Meanwhile, the use of AI in games can enable self-learning and personalization for non-playable characters. AI-enabled games can create intelligent, interactive characters, based on the preferences of each player. Further, the games can adapt to the needs, preferences and abilities of a gamer. For example, as a player progresses further in the game, the difficulty level and the game content can automatically be changed according to the player’s earlier preferences and behaviour.

AI will become increasingly important for games in both the player-versus-machine type and the player-versus-player type. If the AI is good enough, players won’t even be able to tell whether they are playing against a person or a machine. The future of gaming will see a lot more such interplay between humans and AI.

The launch of commercial 5G services in India, can become the inflexion point for the adoption of Cloud Gaming. Being device-agnostic, Cloud Gaming will do away with the need to own expensive gaming consoles and enable even mid-core and hardcore games to be played by a much wider section of gamers. This could give a boost to e-sports tournaments and professional gaming in the country.

5G and Edge Computing enable Cloud Gaming on smartphones and tablets, with experiences that are comparable to those on PCs and gaming consoles. This makes it accessible and attractive for a large user base comprising casual gamers as well as professional and competitive gamers. Globally, we have seen many 5G service providers announce mobile Cloud Gaming services on a subscription basis or as a bundled offering with 5G data plans. Many are even developing original content for their subscribers. Like them, Cloud Gaming providers too could develop and offer their own games.

For developers, the ability to create a game once and deploy it across different device platforms is possibly the biggest advantage that Cloud Gaming offers. It lowers development costs by reducing the effort required to code, test, and certify games for multiple device platforms.

Cloud Gaming also allows developers to introduce new forms of gameplay and interaction, and support user-generated content such as levels, characters, or events. Furthermore, developers can leverage the power of the Cloud to introduce powerful analytics services or even launch their own GaaS and subscription models. The rise of Cloud Gaming could also see the emergence of startups that offer alternatives to subscription-based gaming models, such as pay-per-play, or micro-transactions for adding extra features to a game.

Gaming isn’t about fun and entertainment alone; it is equally about career choices, new businesses, and employment. With several eSports initiatives in place, it has opened up so many opportunities for professional gamers to play competitive eSports, hosting tournaments, commenting, social engagement, etc. Each of these areas presents significant career opportunities.

The introduction of initiatives such as “Digital Village” have improved internet access and brought high-speed, low-cost internet to the rural populace. This, coupled with affordable smartphones and data plans, has contributed to a surge in the number of mobile gamers in these areas. Indeed, the rural mobile gaming segment is growing strongly and may even surpass urban areas in the years to come.

The Union Budget for FY 2022-23 recognized the potential of the gaming industry and announced a renewed focus on Animation, Visual Effects, Gaming and Comic (AVGC) – a sector that holds huge opportunities for investments and job creation. Policy interventions based on ongoing dialogue and cooperation between the government and the industry can help address regulatory uncertainties around the gaming industry and unlock the full potential of Mobile Gaming for consumers and businesses. Mobile Gaming has a lot to offer India, and everybody who is a part of the ecosystem stands to benefit from the growth of this sector.

Previous Game To Stay: Meet Aparna, Kangkana And Sakshi Who Are Breaking Stereotypes
Next Will Stick To Tech-first Approach To Drive User Satisfaction: Atishay Kumar