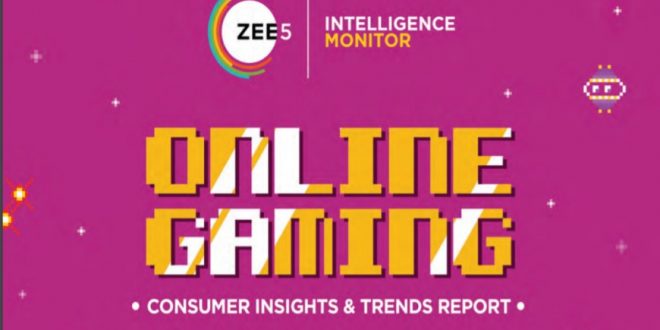 Amid the ongoing growth the gaming sector is witnessing in the entire country, ZEE5 has released a report on online gaming trends as a part of the ZEE5 Intelligence Monitor knowledge series.

The report offers an analysis of the factors that are influencing the gaming landscape, behaviour patterns of players and key trends that are likely to shape the future of India’s online gaming segment in the coming years.

As per the ZEE5 survey, 57 per cent of the female and 60 per cent male audiences indicated that they play online games. A key factor at play here is the democratisation of affordable smartphones and internet data along with the emergence of digital payments. It was also found that about 58 per cent of the users have more than 3 games on their phones.

“Owing to the pandemic induced lockdown, 53 per cent of consumers played online games at least 5 times a week, with 3 out of 4 respondents spending at least one and a half-hour every day,” the report mentioned.

The survey report also outlined that 72 per cent of male users prefer fantasy sports and multiplayer/first-person shooter games while 46 per cent of females prefer casual gaming.

“The gradual shift towards freemium and hybrid monetisation models are being woven into the gaming narrative today. According to the survey, 2 out 5 gamers are likely to make an in-app purchase to either progress in a game or for an ad-free gaming experience,” according to the report.