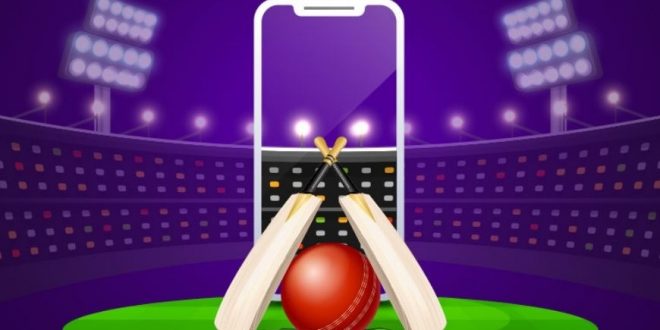 Are Gaming Firms Dubious Investing In Next IPL?

The gaming experts discuss what IPL’s comeback will bring to the table for the fraternity, shares their expectations along with execution & contingency plans

With BCCI’s sudden expulsion of IPL’s season this year after a number of players and staff members caught the virus, the expectations of the fantasy sports companies, who were betting big on IPL were wrecked. However, the news of the gaming league’s resumption tentatively from September this year in the UAE has renewed the lost vigour of the companies.

The adjournment did not shudder the industry, which was at least ready for the worst-case scenario – thanks to the unforeseen ordeal of pandemic last year. But there were gaming companies like Dangal Games and Playerzpot that capitalised on IPL for either launching their fantasy sports format or rebranding.

The number of fantasy apps advertising themselves during IPL becomes a testament to how the cricket league under its own steam facilitates the fantasy sports companies’ growth in a big way. With the next season onboard, the gaming firms are geared up again, hoping to bring back the falling numbers soon.

After the suspension of IPL this year, the gaming especially fantasy sports brands still look at it as a good opportunity. MPL’s SVP for growth & marketing, Abhishek Madhavan thinks that irrespective of which sector your brand operates in, the IPL is undoubtedly a great vehicle for brands to hitch themselves to. “Even last year, we saw the IPL garner record numbers after it was postponed and took place from September to November 2020. This year too, we expect viewership to be great once the IPL returns in September. We will be back on IPL media channels with our campaigns once the tournament restarts,” the much-elated Madhavan adds.

Dmitriy Belianin, CMO at PMI, who recently announced its Indian expansion plans to reach out to cricket buffs, says, “We were really sad to see the way Covid-19 crisis surge had hit India but at the same time we were in sync with BCCI’s decision to suspend IPL keeping everyone’s safety in mind. However, the new announcement has made us really excited about the IPL season in September 2021.”

Belianin reveals that PMI’s fans are anxiously waiting for the upcoming season. The company assures to impress its fans with an even more immersive experience of cricket with new products. “As India is one of the fast-growing markets, we keep investing in tech solutions to a great extent. Not just this, we believe that entertainment must go on, and even while the IPL’s previous season was discontinued in India a few months back, only to offer that momentary escape to our fans, we had launched Simulation Reality League,” he states.

Varun Mahna, the founder of Dangal Games, says, “We as a platform are very excited for the second-term of IPL season 2021 and it might also act as a precursor to the T20 World Cup. Thus, we are fully prepared to enthrall our audience once again. Being a new player in this space, our current strategy is primarily acquisition-led with a greater emphasis on digital marketing. Consumer engagement at all stages of a player’s journey while making the best of all external factors will always come first to us.”

Karan Kumar, who is the leadership at Innopark, thinks that even though IPL is a risky affair, the show must go on. “A lot of money is also at stake with IPL. It is practically next to impossible to completely opt-out of it. It would be interesting to see all gaming brands go full throttle on this as the break has created a lot of restless energy among audiences and gamers,” he adds.

Rolling Out The Contingency Plan

Simulated reality gaming takes data from thousands of previous games related to any given sport and creates a true-to-life simulation to be able to give gaming enthusiasts a chance to keep engaging with the IPL without interruption. “At PMI we were impressed with the financial results of this initiative performance in 2021, so this experiment turns into a traditional tool in business practice that showcases those fans are interested in such a format,” Belianin comments.

He further shares, “A plan B always works wonders. As we said earlier, we believe that IPL or not, the show must go on. And we at PMI will always have the option of Simulation Reality League for our fans.” The pandemic has changed the way of living across the globe and sports enthusiasts are now moving online, looking for options that can help them get a similar experience. Belianin believes that it will also be a big opportunity for simulated reality gaming to shine through as the next big thing in India.

Spilling the beans on MPL’s contingency plans, Madhavan speaks, “As a gaming platform, fantasy is just one of our verticals. To put it simply, our platform advantage is our contingency plan. This time too, when the IPL got postponed, we focused on the variety of games that MPL has to offer in our campaigns. We are a 365-day app with over 60 games. In our latest campaign featuring the popular character Daya from CID, our core message is that MPL has a game for everyone.”

Sunil Yadav, who recently got elevated as CEO of Playerzpot, reveals plans for its fantasy segment, which got postponed due to the suspension of the first season. He speaks, “For the IPL 2021 second phase in September, we will be focusing on the branding element with our #khelakya campaign. This is to increase credibility and primarily focus on increasing time spent by the user on the app and maximizing it.”

“We are expecting a two-fold increase in our user base accompanied by 3x growth in revenue. We are also increasing user engagement with new in-app features, sign-up bonuses, and contests. The end goal is to cater to the audience and be a one-point gaming destination for the users from cricket, football, and all skill-based games,” he shares.

Madhavan explains how MPL will be live with campaigns on IPL media channels when the tournament returns. “The ‘Hain Akal Khelo MPL’ campaign was a big success and continues to generate a lot of buzz. It conveys the simple yet important message that anyone can play fantasy cricket by just applying their brain or ‘Akal’ and you will see it in the media again, along with some of our other campaigns too,” he says.

Belianin also shares PMI’s plans. “We are going to expand our coverage and strengthen brand power with a variety of new games and interactions with true fans of this sport working close with sports clubs in terms of sponsorship, supporting local players that are well-known all over the world. Also, we are working on a first-time large national campaign to bring IPL even closer.”

Innopark has a host of new and interesting features for its users to try, including new formats of contests and multiple leader boards. Kumar says, “We will be utilising the IPL buzz by launching a new gaming platform that would have a fantasy, rummy, poker, and a lot more for gamers out there.” There is still a huge untapped market of Indian audiences who want to engage in time pass.

“The pandemic has only bought more time at hand to burn. IPL and the extended playtime are just the right time for us to launch the new game. Hit the iron while it is hot,” Kumar concludes.

Previous How Gaming Is Turning Into A Social Media Platform
Next Hunter Games, Home Credit Collaborate