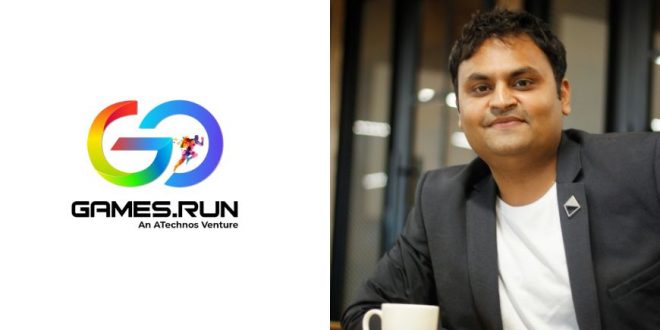 The gaming industry has grown at a breakneck speed in the past few years with the growth further accelerated by the pandemic. ATechnos’ GoGames Run is one of the leading cloud gaming as a service platform (GaaS) that provides solutions to branded apps, portals, broadcast channels, telecom operators, publishers and OTT platforms.

The company GoGames Run designs games with a motive of broad appeal, which allows people to play for a moment, then move on with their day and pick up their game later. These games allow players to switch smoothly between devices and platforms and continue their game wherever they are, so they can play anywhere, any time, and on any device.

Do you think cloud gaming services are the future?

If we look industry-wise, normally any industry has a compounded annual growth rate (CAGR) below 25% while the cloud gaming industry has a projected CAGR of 76%. As per industry research, the revenue of the sector is projected to be $3.74 billion in 2023 which was $224 million in 2018. It is going to touch $7.24 Billion by 2027 as per Grand View Research.

Cloud gaming technically supports the high configurational games to run on mobile phones, laptops, tablets including other devices without any high configuration hardware. The cloud-based games work on a streaming model: the server streams audio and video to the gamer. As the users play games with their devices, cloud gaming allows the game lovers to play without spending money on expensive, high-end computers.

With cloud-based games, players don’t need to upgrade their devices to meet the latest technical requirements to play. The innovative features of cloud gaming and services based on that are helping the sector grow rapidly and it won’t be wrong to say that the cloud gaming services have become showstopper as well as the future of the gaming industry.

With challenges like the high-speed internet in India, do you think it would take some more time for cloud services to become popular in a country like India?

Cloud Gaming is already popular in India and is growing rapidly. Digital transformation is recognised as vital to the growth of our nation. Digital India envisions creating high-speed digital highways and cloud base services have already become the backbone of digital transformation as India is known for cost-effective data and high-speed internet. As India is moving towards 5G now, cloud gaming has already started creating footprints in the market.

More & more game studios are starting to release subscription-based services on their cloud platforms. How is GoGames Run seeing this as an opportunity?

If cloud gaming is the future, GoGames Run is the platform that ungates mobile games from the iOS App Store and Android’s Google Play to any platform. We offer a plethora of games for users of all ages, including augmented and virtual reality games with more realistic and intense action. The world of online gaming is booming and redefining the future of technology and engagement.

The GaaS platform has over 500 games across categories including action, arcade, casual, board, sports, mystery, etc. In addition to this, many new games are added every month. These games can be easily played on laptops, mobile phones, and tablets. It is one of the most unique gaming platforms because of Freemium and Premium models. To play the game, the user doesn’t require any subscription. They can play in freemium mode. Apart from that, GoGames Run has a couple of unique features like users play contests and win rewards, play tournaments, etc. I can say that it is one of the marketplaces for all games studios to place and generate revenue.

In addition to the cloud gaming platform and technology, ATechnos- the parent company of GoGames Run is also launching GoGames Run Publisher, Developer and Gamification programmes. The publisher programme can be integrated with publisher portals in less than 5 minutes and can help publishers increase user engagement on their portal with gamification. Also, the programme will allow developers to create their own games and launch it on the GoGames Run network and generate revenue.

How has the value proposition changed in a cloud-based gaming model keeping in mind the consumers’ mindset?

The gaming industry has been gradually making the shift to digital over the last decade and cloud gaming is the next step in the whole process. This study examines the challenges facing the industry-wide and commercial deployment of cloud gaming in terms of technology and services. It also identifies the major industrial challenges across the value chain and the growth engines that will encourage the development of this new market segment.

Gaming is at the vanguard for advances in new devices, with the PC, console and smartphone all commercially successful platforms, but it is far from a uniform market, and it is ever-changing.

New business models are evolving as well, including esports as a market for watching others play games. New monetization models for gaming involve advertising and cross-selling to a loyal and well-understood audience, both in and outside the games themselves.