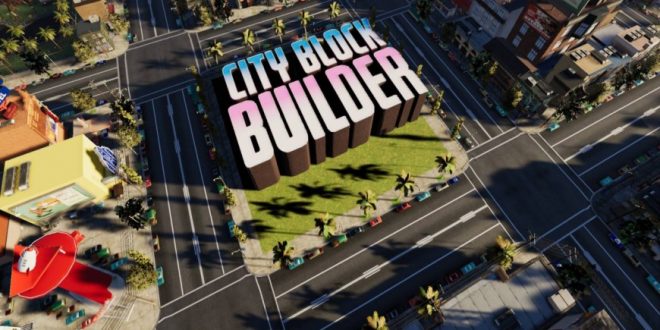 According to the official statement, with this initiative, Tentworks will also offer players a chance to gain exclusive rewards and deals while also expanding the scope of the game. With your help, City Block Builder will be able to detail the glitz and glamour of 1950s Los Angeles in a never-before-seen way.

While already slated for an early access launch on PC in late-2021, this crowdfunding effort will help Tentworks gain the rights to acquire and produce more music from the 1950s to make it a truly immersive experience, as well as localization in additional languages like Hindi. Backers can receive rewards such as a hardcover art book, merchandise and collectibles, concept art illustrations of themselves, and more.

“We truly believe in the potential of India emerging as one of the leading gaming countries. The next growth in gaming will come from internet users from the vast expanse of Tier 2 and Tier 3 cities and towns in India. Hence, building capacities to publish games in Hindi and other regional languages become that much more important”, said Jay Basani, Founder and CEO of Tentworks Interactive.

City Block Builder is a mashup of deep tycoon management games with large-scale city-building elements. Set in Los Angeles during the 1950s, the game puts you in the shoes of a young, budding entrepreneur who is determined to build their business empire. Fresh off the victory of WWII, Los Angeles is the pop-culture capital of the world. With the glitz and glamour of Hollywood, designer shops, and finest cuisine money can buy, all under a canopy of clear blue skies, the City of Angels represents the “American Dream” at its most ideal.

Each detail of City Block Builder is brought to life in glorious detail through hand-drawn art paying homage to the era’s incredible culture. Movies, posters, comic books, and advertisements capture the look and feel of the 1950s with their bold, technicolour palette, dapper outfits, and neat slogans. Even the foliage has been extensively researched to be accurate to the time, changing dynamically with the seasons.

“While City Block Builder’s campaign mode will take you from rags to riches as you micro and macro manage each monetary decision, there will also be a Sandbox Mode offering full freedom to create the Los Angeles of your dreams with no expense spared! Every decision you make will set you on a different path giving different players varying outcomes,” the official statement added.