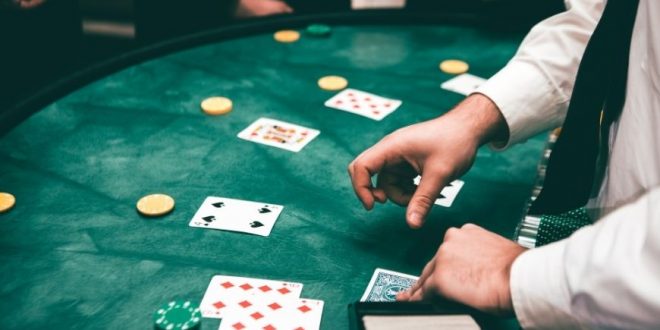 Betting Games: Is Banning The Solution?

Nothing can be banned in this digital world, everything can be accessed with digital tools. Considering the growth and revenue of Betting Games, is it ideal to put a ban and not regulate

Within the last few years, many southern states have showcased their concern on online betting games by presenting a bill to either regulate or put a ban, permanently. The next in line is the Karnataka Government, which is amending the Karnataka Police Act, 1963 to ban online betting. The bill has been drafted on moral concerns, but is it necessary to put a ban and not regulate?

As per the KPMG reports, the size of the Indian betting industry was $130 billion in 2018 and has increased with a CAGR of 7 per cent since 2012. The report further discloses that the government might be facing huge revenue losses as it’s illegal, revenue from betting is not taxable.

The lack of regulations also gives rise to corruption in sports, which means the chances of foul playing increase. The loss is not only for the government, but the bettors also face heavy losses. Many times they gamble beyond their limit, says the report.

It is to be noted that no ban is a ban as everything can be accessed with internet tools like Virtual Private Network (VPN). The users can also move to other foreign platforms leading to revenue growth, there and a loss, here.

Rishi Anand, Partner, DSK Legal, informs that the Indian Constitution has empowered the state legislatures to frame state-specific laws regarding betting and gambling, he says, “While the Centre may not be saddled with the duty to regulate online betting, it can along with the assistance of MEITY, certainly assists the State Governments ineffective implementation of such laws, which are yet to catch the pace with the digital and technological developments.”

Kritika Seth, Founding Partner, Victoriam Legalis – Advocates & Solicitors, explains, “Games like rummy, bridge, horse racing, fantasy sports games, which predominantly involve skills, have been considered as games of skill by various courts. Meanwhile, games like flush and brag are classified as the ‘game of chance’ as the dependency is not predominantly on the skill. Thus, they fall within the scope of a ban. As the anti-gambling laws of most state the exempt games of skill, it does not amount to gambling thus it is entitled to constitutional protection.”

Anand points on the concerns of the ill effects of gambling on the young population but also argues for reasonable and thoughtful regulatory interventions, he says, “Rising concerns of the young population succumbing to gaming addiction, escalating financial frauds and money laundering cases have been the root cause behind certain states demanding a complete ban on betting games. While such a ban shall have to pass the test of reasonable proportionality, a thoughtful regulatory intervention, in opposition to a complete ban, would serve the multifaceted purpose of preserving integrity in sports and introduce a regulatory regime in a sector that has witnessed phenomenal growth and offers vast potential ahead.”

PK Misra, President Players’ Association, AIGF (Ex-IAS), shows concern his concerned on the bill and hopes it does not affect other gaming sectors. “With serious concerns looming from the Karnataka Government’s decision to ban online gambling, we sincerely hope the move does not affect the online skill-based gaming sector. Around 10-12% of India’s gaming community is based in Karnataka, and many of these players who compete at the international level are afraid for not only their livelihoods but also their ability to pursue their dreams of becoming professional players on international platforms. I certainly hope the state government draws a clear distinction between gambling and games of skill. Since 1957, the Supreme court has reiterated games of skill as a legitimate business protected under article 19(1)(g) of the Indian Constitution, also supported by the Karnataka High Court in multiple judgments.”

Roland Landers, CEO – AIGF, says, “Karnataka is widely regarded as a centre for technological innovation worldwide and has, over the years, bolstered the start-up ecosystem through futuristic policies that empower technology development. As per the recent AIGF EY report, titled – “Online Gaming in India – The GST Conundrum”, there are 400 start-ups in the online skill gaming sector, including game development start-ups, and most are based out of Karnataka. These start-ups need the support of the Karnataka state government, which may unintentionally prohibit these legitimate businesses if the proposed amendment, as we have been given to understand is passed.”