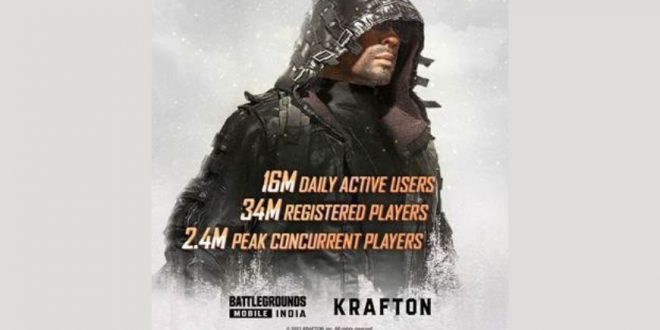 The game recorded a highest of 16M daily active users and 2.4M peak concurrent users and ranked first among free games on Google Play in 24 hours after its official launch

Krafton, the South Korean video game developer, today announced that Battlegrounds Mobile India has surpassed 34M registered users within a week after its release. This number was achieved only via Google Play.

Its rankings on Google Play have noticeably increased upon its launch, ranking 1st among ‘Top Free Games’. It is currently maintaining its ranking at No. 1

The game is also garnering tremendous attention on social media channels. Battlegrounds Mobile India’s Launch Party held on July 8 via its official YouTube channel had a concurrent viewership peak of around 500,000 on the first day.

Krafton plans to host Battlegrounds Mobile India esports tournaments to expand its Battlegrounds IP further in India. Moreover, the company is committed to contributing to the growth of the game industry and esports ecosystem in India through strategic investments.