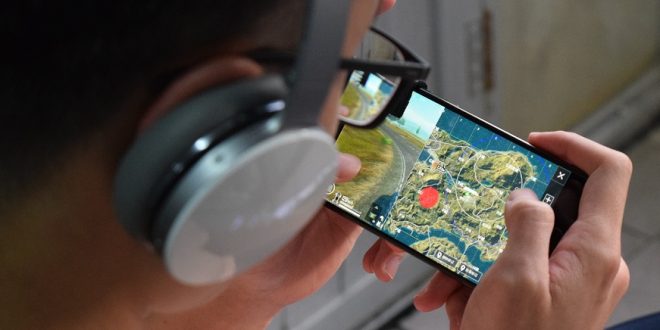 Prahar, a non-profit organisation working in the area of socio-economic development, has written to the Ministry of Home Affairs (MHA) and Ministry of Electronics and Information Technology (MEIT) to block the Chinese app BGMI-PUBG under section 69A of the Information Technology Act, as it poses a threat to the sovereignty and integrity of India, defence of India, security of the state, and public order. The NGO has appealed for the Chinese app BGMI-PUBG to be added to the list of 54 Chinese apps banned on 14 February 2022, as its omission is a “clear lapse in judgement on part of the Government”.

Abhay Mishra, National Convenor and President, PRAHAR, said, “We need to protect ourselves against the Chinese soft influence which has been gaining ground in the recent years in the form of trade dominance and technology invasion. Both these are a grave threat to India’s defence security and bargaining power during any potential military aggression. In the so-called new avatar, the BGMI-PUBG is no different from erstwhile PUBG with Tencent still controlling it in the background. Such camouflage activities are nothing, but Ravana disguised as a Sadhu.” he added.

Ashwani Mahajan, National Co-Convener, Swadeshi Jagaran Manch said, “We congratulate the Government on their decision to ban another 54 Chinese apps in India recently. This is in line with the ongoing demand from the people of India to boycott all kinds of Chinese goods. Also, in today’s data centric world, maintaining technology integrity is extremely important to protect the sovereignty of India, security of the state and defence of India. We urge the Government to thoroughly investigate the antecedents and China’s influence of the BGMI-PUBG app and take immediate action if found in violation.”

The letter said “Tencent Holdings Limited had launched PUBG in India, and it was one of the most downloaded games at the time of its ban in 2020. In less than a year, PUBG was re-introduced in India by a front company of Tencent – Krafton under the new name BGMI — a move that was clearly meant to circumvent the Indian policymakers.”

It further added “On paper, Tencent is the second-largest shareholder of Krafton with 15.5 per cent stocks.  However, it is said that Tencent holds additional interests in promoter’s various businesses, through private deals hidden from the public, giving them extraordinary control on Krafton.

Most global media also refer to Krafton as “Tencent backed Krafton”. In its IPO prospectus too, Krafton acknowledged its strategic partnership with Tencent, and the two companies together fought and won lawsuits in federal courts in the US and Germany in January 2022.”

The letter continues “Free Fire was another gaming app that was banned on 14 February. Since Tencent also holds 18.7 per cent. share in Free Fire, it raises a basic question: if Free Fire was banned, why was BGMI PUBG exempted?”

The letter concludes “Since the government does not have a mechanism or the machinery to closely track the movements of companies like Tencent, banning apps like Chinese BGMI PUBG is in the interest of both the country and its people. We, therefore, request your ministry to include Chinese app BGMI-PUBG among the list of banned apps in India under Section 69A of the IT Act in the interest of sovereignty and integrity of India, defence of India, security of the state, and public order and save millions of unsuspecting players from falling prey into the Chinese trap.”