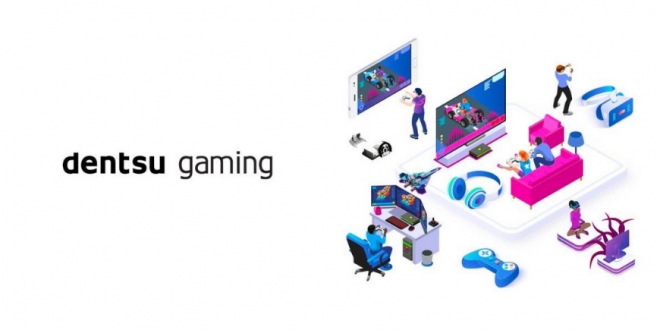 Brands Are Turning To Games To Find New Customers

Within the broad gaming universe, brands can utilise inventory on banners, interstitials, videos, native units,  sponsor an esports team that has millions of followers

That gaming is taking over the global entertainment industry has been the talk of the town for a few years now. Globally, gaming is already bigger than movies and music combined. In 2020, its valuation stood at a whooping USD 177.8 billion internationally and USD 1.8 billion in India.

Maximising value of every ad impression

Understandably, such a meteoric growth in gaming has not escaped the attention of brands and marketers. Dentsu, one of the largest advertising agencies in the world, recently launched Dentsu Gaming, a solution to dedicatedly support brands looking to advertise to 3 billion gamers worldwide. The aim is clearly to optimise marketing spends for their clients by maximising the value of every ad impression.

Gaming amounts to interactive engagement and commands higher attention from the users. But that’s not the only reason why brands and agencies are growing focus toward gaming. Casual gamers are the most diverse group on the internet, allowing for the highest degree of granular targeting. Within the broad gaming universe, brands can utilise inventory on banners, interstitials, videos (pre-rolls, mid-rolls, and rewarded), native units (such as in-game billboards or jerseys), or even sponsor an esports team that has millions of followers!

All of these can be done in the least intrusive way – serving a video ad between game levels serves the dual role of giving the user a 30-second break as well as giving a brand an opportunity to tell its story to a highly activated user. The point is: whether the objective of a campaign is branding (reach, scale, viewability) or performance (app downloads, registration, sales), advertisers with all kinds of goals and budgets can turn to the wide list of options that games offer.

The smartest digital brands are creating gaming sections within their apps. The games are built on HTML5 and can be played within these apps with a single tap, just like videos. Today, you would find gaming sections in a majority of the popular apps: from Amazon to TOI, and Goibibo to Paytm.

With a game centre on a brand’s website or app, product teams can create interesting funnels to boost core engagement metrics, including retention. As per a recent survey conducted by Gamezop that powers the game centers on the products mentioned above, the inclusion of games on non-gaming products  increases the time spent on them by 15-40%. In a lot of these products, achieving a certain score within a game unlocks exclusive vouchers, thereby stitching gaming together with driving sales.

Flipkart has underscored that they see a strong trend of casual gamers going on to become early shoppers. User intelligence data shows that the presence of popular games can be used to earn the trust of the new user cohorts, propelling their journeys from explorers to buyers.

A few quarters ago, Louis Vuitton partnered with Riot Games’ League of Legends, and designed a collection of skins (apparel worn by characters in a game), which could be purchased by players. They went one step further and also launched the designs in a real-world clothing line, branded as LVxLoL. The capsule collection had 47 items (ranging from a $170 scarf to a $5,650 jacket), and everything was sold out in an hour.

LV is not alone. Gucci has partnered with games like Pokémon Go, Tennis Clash, The Sims, and more. Burberry has designed skins for Tencent’s Honor of Kings.

Similarly, Marvel and BMW are just two of the several global giants that sponsored an esports team or event with the aim to diversify their marketing efforts.

The future – the possibilities

The future of brand-gaming collaborations will extend much beyond the aforementioned. Video games have for long tried to bridge the gap between real and digital worlds, and laid the foundation of what is fast evolving as the Metaverse. Time will tell what shape and form the hypothesized Metaverse takes, but one will find the intersection of games and commerce taking the center stage there too.