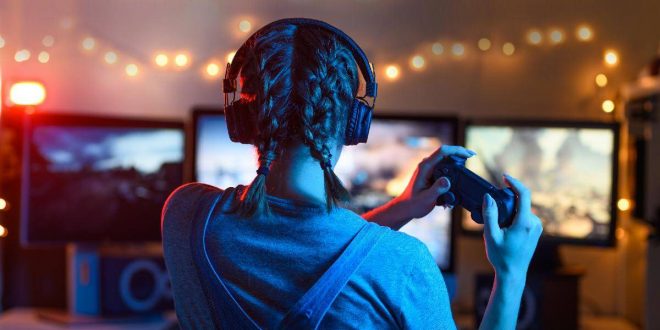 Cloud Gaming Is The New Future

The number of gaming lovers in India is rising day by day due to a phenomenon called the Digital revolution. The entire country in the recent past has seen the gaming industry growing with bullet speed.

Plus, COVID-19 added fuel to the fire, and India along with the entire world saw a shift from physical sports to e-sports and gaming that they can enjoy at their home with comfort.

From the days of playing old games like Super Mario Bros on the computer to the latest games in Grand Theft Auto V 5, the gaming industry has seen it all.

Prabhakar Jayakumar, Senior Director, and Global Head at DigitalOcean said, “Cloud is leveling the playing field by removing barriers such as lags and scalability in gaming and offers streams that are redefining the online gaming market. Gamers can spend less time waiting, load games in a flash, and enjoy the flexibility of playing on multiple devices.”

According to the research, cloud gaming revenues will exceed US$1 billion for the first time in 2021. The global cloud gaming market size is projected to reach US$7.24 billion by 2027, expanding at a CAGR of 47.9 per cent across the forecast period.

Gurprit Singh, Co-Founder and Managing Partner at Umbrella Infocare, said, “With cloud gaming services removing the need for investing on a console or high-end gaming PC, it is already encouraging more gamers across income levels to get immersed in gaming activities. Non-players are converted to players and less frequent players are increasing their participation levels.”

According to a Deloitte survey, 23 per cent of the gaming population reported as multiplatform players, dividing their time among mobile, console, and PC. Cloud gaming services can further enable these gamers to have a seamless play experience between platforms.

“The pandemic has had a positive impact on the growth of the gaming industry. Rising demand for entertainment due to lockdowns with people confined to their homes has helped in boosting the industry’s growth,” Singh added.

In the present time, more and more game studios are starting to release subscription-based services on their cloud platforms and these moves are taking this trend forward and a number states that it is here to stay.

“Creating gaming streams via the cloud offers multiple advantages to game developers and companies. First, it minimizes investments in hardware. Companies can do away with physical components, such as GPU cores and memory buses with gaming streams. Second, gaming companies can also leverage the advantage of scalability by building games on the cloud – game developers and publishers can avail resources on-demand, avoiding costly up-front investments. Third, by bundling multiple games under one subscription and giving users unlimited access, gaming is now following the Netflix model, which benefits game publishers, stores, and players,” Jayakumar said.

Game companies are increasingly moving to the cloud to enable a more immersive, interactive, and fluid playing experience for their users.

“Today, even indie game developers are moving to the cloud to build rich, scalable gaming experiences. The technology allows gamers to plan, build, and collaborate through an automated, reliable, and fast cloud infrastructure at an affordable cost,” Jayakumar added.

According to Deloitte’s 2019 Digital Media Trends Survey, mobile gamers have the largest distribution. More than 2 billion people worldwide play mobile games. However, mobile gamers are generally not loyal and constantly shift between titles. This is where cloud gaming services could target them by offering new game samples with subscription-based engagement.

Furthermore, cloud gaming services could partner with content delivery providers and engage with telecom players to address the rising bandwidth demands targeting gamers with an attractive subscription offer. This could drive faster 5G adoption as well. This subscription model will also enable service providers to benefit greatly from constant and stable sources of revenues. They can look forward to improving the quality of the games and providing gamers with additional options, Singh mentioned.

Singh said, “Subscription-based models are fast replacing traditional gaming models as gamers are welcoming it for the opportunities it provides, to try new games at relatively lower costs. They can now have a game library which is economical too! The several advantages provided by subscription-based services on the cloud will gain more traction among gamers, going forward.”