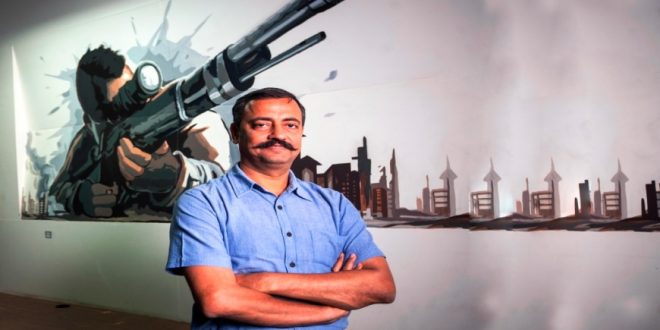 There has been more than expected growth for the gaming industry during the COVID-19 along with the growth in audience, which has in turn given a big boost to the demand for more gaming content, said Manvendra Shukul, CEO at Lakshya and Governing Council Member – Media and Entertainment Skills Council (MESC). Edited Excerpts:

Q. How has the gaming industry flourished during COVID times?

Ans- Well, the truth be told, there have been more than expected growth for the gaming industry during the COVID-19 times. But more importantly, the growth in the audience has been unprecedented, which has in turn given a big boost to the demand for more gaming content – domestically as well as globally. Moreover, with school kids gaining access to PCs/ laptops, non-standard or casual titles like Roblox, Minecraft etc have opened a new class of consumers.

The pandemic has shown the gaming sector to be remarkably resilient and the post-COVID altered landscape for the gaming industry is replete with opportunities. According to the Broadcast Audience Research Council India (BARC) report, the average time spent by gaming users per week in India increased by 44 per cent during the pandemic.

Q. Tier 2 and Tier 3 towns have seen a spurt in mobile game users?

Ans- Gaming cuts across geographies and permeates all, tier one, two and three cities across all age groups and urban and rural populations alike.  The accessibility of games on mobile devices makes it convenient to play anywhere anytime. In fact, mobile gaming takes the largest chunk of the gaming market thanks to affordable smartphones that are growing at 15 per cent year-on-year for the past five years in India, high-speed 4G internet penetration and the world’s lowest data tariffs.

Though it is to be noted that the spread of gaming in tier two and three cities has been mainly driven by classic games such as Ludo and Teen Patti and battle royale games like PUBG and Garena Free Fire.

Ans- The domestic gaming market has witnessed compounded growth in the last few years and is now believed to be worth well over USD 2 billion. Many industry veterans believe that the market in India is poised for exponential growth over the next 5 years and it is expected to reach USD 4.88 billion by 2026. Currently, not only are there a good number of international studios present in India, but more importantly, many Indian studios have also grown large and successful. Last year itself, we have seen one Indian company successfully launch its IPO and multiple others get acquired for eye-watering amounts. This clearly signals the coming of age of the Indian gaming industry.

Q. Do you think people can now make gaming a full-time career option?

Ans- Yes of course, and now that it is a multi-billion-dollar industry, there are many gaming careers options to choose from, both on the technical and creative sides of the field. If you have the commitment, skills and drive to immerse yourself in the world of video games, the possibilities are endless and so is the compensation, which is at par with many established traditional sectors in addition to being more exciting, creative and lucrative than the traditional sectors. Career options in this industry exist in disciplines as diverse as Design, Art, Animation, Vfx, Programming, Testing, Localisation, Project Management and many more. Each discipline requires a distinct skillset and one can opt for a career in any discipline depending upon the skills and interests of the aspirant.

Q. How online games are playing an active role in shaping the Indian gaming industry?

Ans- With the increasing penetration of smart mobile phones, now there is a large size of Indian audience that is looking for newer entertainment experiences. In addition to classic games such as Ludo and Teen Patti, the popularity of online games like Garena Free Fire, Call of Duty, etc. have firmly dispelled the belief that only mythology and Bollywood themed games could do well in the Indian market.

Additionally, the integration of UPI has removed the obstacle of credit card accessibility for in-game purchases. India’s paid gamer base is set to touch about 235 million in 2025, from 80 million in 2020, according to a report by gaming and interactive media venture fund Lumikai and consulting firm Redseer. The report said that most of the growth will come in the form of in-app purchases in casual, mid-core and eSports segments with the rise of paying users in casual and hyper-casual gaming.

Q. Do you have any views on the demand for gaming regulations in India? Do you think the government should regulate gaming?

Ans- Regulations are a double-edged sword. It is more a question of how we use it. As an industry grows, the global players wanting to ride the India boat, as well as the allied industries who take advantage of the medium’s possibilities and potential, also grow. I would feel that regulations in the gaming space need to be there from 2 perspectives.

First, ensure that the revenues made from Indian players remain in India and provide benefits to the Indian exchequer and not only to overseas players outside India.  And second, the mainstream games industry is shielded from the negative impact of the non-gaming events/ games like Fantasy games and betting/ gambling games that bring unwarranted negative publicity/ impact on the mainstream video games industry.

As gaming grows as an industry, I expect the Indian government to play a more active role in facilitating and regulating the industry in the above two aspects. The first step in the direction of facilitation is the Animation, Visual effects, Gaming and Comics (AVGC) sector receiving recognition at the Budget 2022.

Q. What can we expect from your company this year?

Ans- Continue the growth momentum of the past years. Increase team size by at least 15 per cent to 20 per cent. A greater focus on growing our Japan and European businesses. More collaborations with Universities and private training institutes to create a larger talent pool in the Indian video games ecosystem.