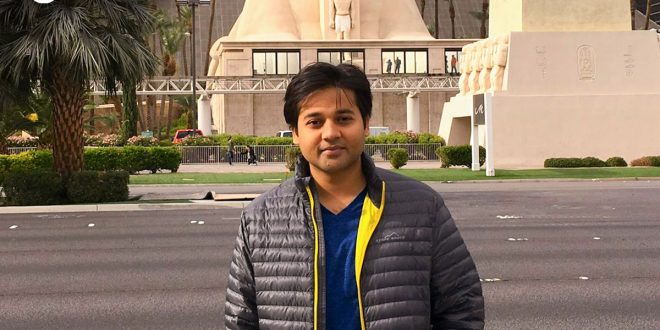 Data Scientist From Bihar Wins The Greatest Of All Tournaments (G.O.A.T): PokerBaazi

The 8th-anniversary celebration of PokerBaazi, the Indian poker platform, saw another high point as the winners of their poker tournament, named the Greatest of All Tournaments (G.O.A.T), emerged on Monday.

G.O.A.T, which kicked off on 30th October 2022, with the qualifier tournaments, finally culminated on 7th November 2022 and registered a huge total of 7196 entries. Competing for a record prize pool of INR 7.2 crore, Kumar Chandra Rohit, an associate Director in data sciences with Walmart hailing from Patna claimed the first position and prize money of INR 94,69,000. The second and third spots were clinched by Puneet Sachan and Anmol Mehta both being popular names in the poker fraternity and hailing from Delhi. While the former took home prize money of INR 68,73,418, the latter won INR 31,51,848 to complete the places on the podium.

“With each major tournament, the quality of players and competition is improving and there are no clear favorites despite big names in the pool. I would like to congratulate all the winners on their achievement and participants who helped the tournament reach its scale,” said Navkiran Singh, founder and CEO, Baazi Games.

“Poker is a true game of strategy and skill. While I have been playing poker for a long time, I never thought that I will be at the top in India’s largest poker tournament by defeating very skilled opponents and some star names from the Indian poker circuit. Poker’s popularity is growing, and the landscape is evolving; with more tournaments such as G.O.A.T, we will see the general shift in perception of luck vs. skill happening faster. It is truly one of the biggest days in my poker career and I would like to congratulate my fellow winners on their achievement,” said Kumar Chandra Rohit.

Apart from the top three, there were a host of other winners who made a mark for themselves. The fourth position was grabbed by Avish Sharma from Jammu who won INR 27,12,892, Shashank Shekhar from Mumbai won INR 23,02,720 and Vishal Kumar from Delhi won INR 19,42,920 who stood fifth and sixth, respectively. The last four positions of the top 10 were clinched by – Vinayak Bajaj from Mumbai who won INR 16,19,100, Anish Grover from Delhi who won INR 13,24,064, Arman Rahul Baldota from Pune who won 10,00,244 and Vaibhav Tamani from Jaipur, winning prize money of INR 6,83,620.