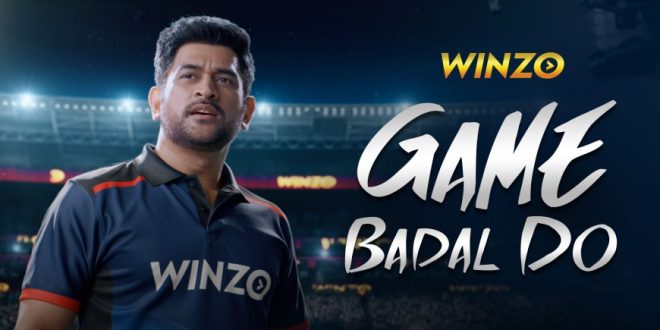 The campaign intends to inspire the users to fuel their passion to the next level to unlock their true potential and achieve success.

Speaking about the upcoming campaign, Co-founder, Saumya Singh Rathore said, “The tagline of the campaign, ‘Game Badal Do’, truly encapsulates our vision for both WinZO and the Indian gaming industry. Just like MSD and the characters in the sketches, we are determined to unlock the true potential of the Indian gaming industry and establish India at the top of this rapidly emerging global market. This campaign is a significant step in that direction, and we would like to congratulate everyone involved in delivering this phenomenal campaign.”

Piyush Pandey, said, ‘Working with two extremely like-minded entities like WinZO and MSD who propagate the same values of resilience, excellence and winning, truly enhanced the creative process and its result is evident in the campaign. Ogilvy is very excited to be a part of this campaign involving the game changers, WinZO and MSD, and confident that the idea of changing the game and achieving success will be well received and thoroughly enjoyed by the audience.’