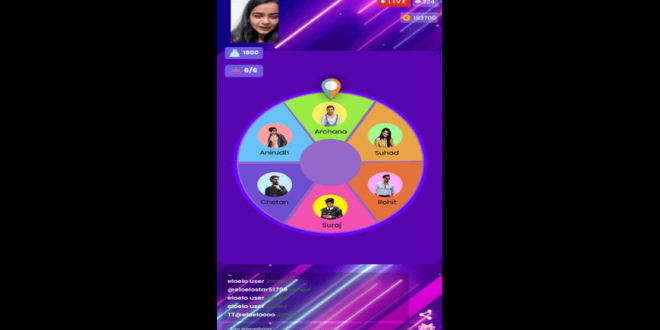 EloElo has raised a Pre-series a round of $2.1 Mn co-led by Waterbridge Ventures and Lumikai Fund (India’s 1st gaming & interactive media fund). Better Capital and talent management firm Exceed Entertainment also participated in the round.
Founded in August 2020 by Saurabh Pandey & Akshay Dubey— an IIT-IIM founder duo with collective experience across P&G, GoZoomo, and Flipkart — Eloelo is a Live Streaming & Social gaming platform. It brings indigenous activities like tambola, antakshari, chidiya udd, musical chairs, and talented performers in live formats with creators hosting games for their community of fans.

EloElo has seen a 15X spike in users over the past 6 months, crossing 1 Million users on the platform with over 100 Million Game events recorded. The platform has onboarded over 15,000 Influencers organically over the past few months. Interestingly, 50% of their user base happens to be females. Eloelo provides a live interactive experienced where instead of just watching gameshows or events users can participate and become interactive stars.

Saurabh Pandey, CEO & Co-Founder of Eloelo, said “Live Video is increasingly resonating with fans as it helps them build ‘authentic’ relationships with Creators. Today our users spend anywhere between 30-35 minutes daily enjoying Live games, Live streams on our App. In the next 1 year, we will be launching multiple Creator-led Live Games & Event formats that unlocks monetization for Creators & interactive entertainment for users”

Justin Shriram Keeling, General Partner of Lumikai commented “Saurabh and Akshay have captured lightning in a bottle with Eloelo. In under nine months they’ve built India’s leading creator-led social gaming community. EloElo has fostered an inclusive, welcoming and safe community for friends and family to play together, and for fans to become stars in their own right. We look forward to working with the team as they build a truly next-generation social community leveraging the power of play for the next 10 million fans”.

“Saurabh and Akshay are truly building a one of a kind gamified live platform for content creators. Their best-in-class engagement & retention metrics in addition to over 1 million users on the platform demonstrates the unique value proposition of the platform. We have been partners with Eloelo since their day one and this marks an important milestone in their vision of creating India’s largest platform for the Creator Economy”, said Ravi Kaushik, Partner at Waterbridge Ventures.

“There are over 5 Million Creators in India but over 97% of them have very limited income opportunities. With our differentiated offering, we have seen a lot of excitement from Creators who have joined the Platform and invited their fans from Social platforms as well”, added Akshay Dubey, Co-Founder, EloElo.

“The creator economy is experiencing an inflection point around the world and across market segments like India, Bharat, Gaming, and more. A brand new infrastructure is being built to help creators build, earn and grow. Eloelo is just that – an engine of growth for creators in Bharat and India”, said Vaibhav Domkundwar of Better Capital.