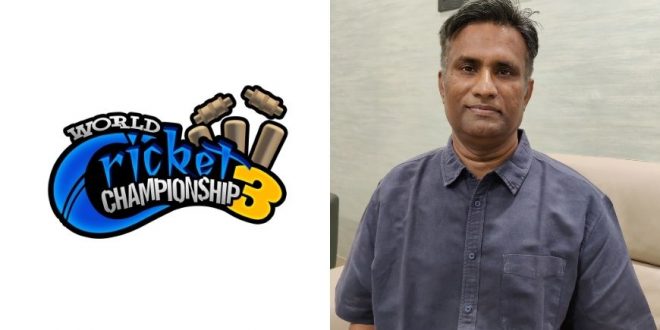 Chennai based Next Wave Multimedia, a subsidiary of Nazara Technologies Ltd, gained huge tractions with its cricket game IPs. The World Cricket Championship Franchise (WCC), owned by the company, is at more than 140 million downloads spanning from 2011 to 2020. This franchise which launched in 2011 comprises WCC Lite, WCC 2, WCC Rivals, and now WCC3. P.R. Rajendran, the CEO and co-founder at Next Wave Multimedia, in a casual conversation with BW Businessworld’s Ojasvi Nath, talks about his franchise WCC, the future of esports leagues, and his strategies to grow amid the growing competition in esports.

Tell us about the WCC franchise and the new things happening at Next Wave Multimedia in terms of gaming.

We started WCC to build a world-class and complex game for India and the world. It is one of the biggest and most complex games to be built in India and has over 155 million downloads along with 12-15 million active monthly users. Also, the app has become the most downloaded cricket app in India.

Moving on to the next phase, we added World Cricket Championship, WCC3. The changes include major improvements in visual quality, game design, game economy, and new content. WCC3 will have professional commentary in multiple languages of India and not just English. Seasoned cricketers, successful ICC, IPL, and BCCI commentators are part of WCC3’s commentary team.

Leveraging the top skills of the team, Next Wave plans to expand the portfolio of games soon and a few games have crossed the prototype phase.

How online gaming leagues are becoming huge opportunities for business in a country like India?

Esports tournaments are a natural evolution when so many are taking to gaming. My guess is India will follow other countries and competitive esports will become a sizable opportunity. We have enabled esports in a big way in WCC2 and WCC3. Our esports lobby lets anyone conduct tournaments from within the game.

The esports space is filling up fast. Do you feel intimidated by the competition? Your way ahead to stand different from your competitors.

I am seeing big-budget user acquisition spends by aggressive new entrants. There is a battle to take top positions in the app store listings. Unlike in other businesses, a solid engaging game can outsurvive and grow in any competitive circumstance. Because finally, your game needs to engage the audiences throughout the year and for many years. There is a lot we usually learn from the competition especially around marketing, live ops.

We have built WCC more organically. Our strategy has been to simply put the best game in front of our audience and keep the game refreshed with live ops and the addition of new content.

How are you playing a part in enabling India’s gaming ecosystem? Please comment on how you facilitate a homegrown platform and the immediate need to develop such an ecosystem by creating opportunities.

We believe some of the skill sets we are building at Next Wave are key skills and very strategic for a flourishing game industry ecosystem. When we take on a project, we look at not only business viability but how can the team benefit through new learnings, skill enhancement, and if it is strategic from the standpoint of how it can help them succeed as professionals. We consciously look for and create those opportunities. There have been many situations where we may not need a certain piece of equipment from a project completion point but will make sense for the team in terms of skill or learning opportunities, we would go for it.

I believe the best any game company can do for the country is to build the best game possible by pushing the boundaries and taking the necessary risks. In the journey to build a world-class game, you will build world-class talent that solves complex problems. Hopefully, some of them will use their learnings and experience to build more new games.