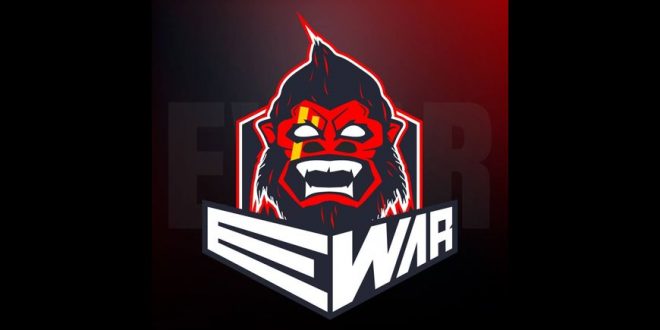 The start-up has witnessed its user base broaden to 2.3 million+ users since January 2021

Bengaluru-based gaming and esports start-upEWar Games has been able to scale to new heights in terms of growth and market penetration in the first half of 2021 (January to July 2021). The start-up has witnessed its user base broaden to 2.3 million+ users since January 2021. Additionally, the immense growth in the recent months has also led to EWar’sGross Transaction Value (GTV) grow by 5x, which points to an increasing number of players placing real-money wagers while using EWar’s flagship mobile gaming platform.

Among the key factors that have contributed towards EWar’s extraordinary growth metrics during the current year are – providing a great user experience on the product side coupled with high-quality customer support and retention methodologies and major investments by EWar into boosting growth and expansion. With its latest growth spurt, EWar has once again reaffirmed and strengthened its commitment to become the fastest-growing gaming start-up in the country.

Speaking about the recent developments, Parth Chadha, Founder & CEO, EWar Games says, “Rapid yet sustainable growth being a core business value for us EWar, we feel delighted to announce that since January this year, our user base has grown by 4x. At the same time, we have further witnessed a massive spike in our monthly GTV, as the number of paying users on our platform has also grown by at least 10x. Another metric that has shown immense growth is our conversion rate. As we continue to add more users every month, the volume of EWar’s users placing wagers has increased to 45%, which is a key indicator that shows our platform’s engaging nature and customer-centricity.”

Off late, increased casual gaming engagement on its platform has enabled the EWar team to acquire greater know-how and expertise over time, and going forward, the start-up plans on leveraging it by building its games in-house, which will allow EWar to control and optimize the way users engage with them. Elaborating further, Rahul Singh, Co-Founder & CTO, EWar Games adds, “Our consistent approach to building a gaming platform focused on crafting an excellent user-centric experience has been a major enabler in EWar’s continuous growth. Since we are parallely observing major levels of ongoing growth in the casual gaming segment, our focus, in the near future, will be on building more games in-house, in a bid to capitalize on the growth momentum. With more and more users engaging with our platform and playing various types of real money games, plus an added fleet of casual games currently under development at EWar – all of this puts us on track to increase our market share in the Indian gaming space.”

Notably, over the past 15-16 months’ period, a series of lockdowns/shutdowns due to COVID-19 and work-from-home policies have resulted in Indians spending an increasing amount of their at-home leisure time on their mobile phones playing games. Thanks to the Covid lockdown led boom in gaming space, EWar had, in the last year, witnessed a huge traction with around 5x growth in its user base. Hereafter, even during the Unlock phase and beyond and then through the second wave of the pandemic in 2021, EWar has been able to continue with its stupendous growth, majorly based on the platform’s highly user-centric operations