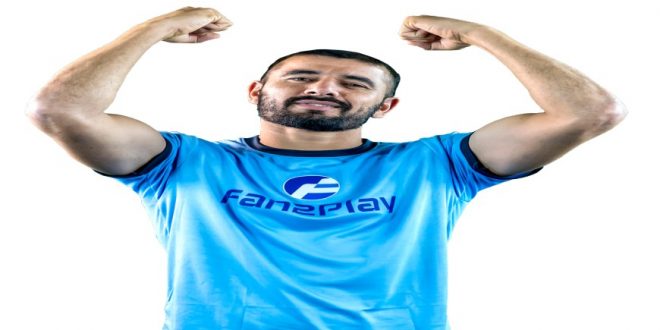 Fan2Play, an Indian fantasy sports platforms, announced Ajay Thakur as the newest brand ambassador. The former Indian national Kabaddi team captain was awarded the Padma Shri and Arjuna Awards in 2019 and played a vital role in his team’s victory at the Kabaddi World Cup in 2016. He also won gold medals at the 2014 Asian Games and a bronze medal at the 2018 Asian Games in Jakarta.

The idea of bringing such an experienced and reputed person on board for a live interactive gaming tournament was very exciting for the Fan2Play team. Ajay Thakur will continue to be the face of Fan2Play’s kabaddi audience in the next PKL season as well, which is expected to take place later this year. Fan2Play aims to surge ahead and strengthen its leadership position in the online sports gaming industry.

Fan2play is also giving the fans an opportunity to meet with Ajay Thakur through their lucrative Tournament Leaderboard game mode. This ‘Fan Meet’ will be organized by Fan2play where the top 20 winners in their ongoing Pro Kabaddi League Tournament leaderboard will not only win mega cash prizes but also get a chance to meet the kabaddi icon.

Not only this, new users get a lot of Free Entry and 100 per cent Bonus contests to experience Fan2Play’s innovative gaming experience. Fan2Play prides itself on giving the prize distribution among the winners and also the contest structures are winning the fans over every single day.