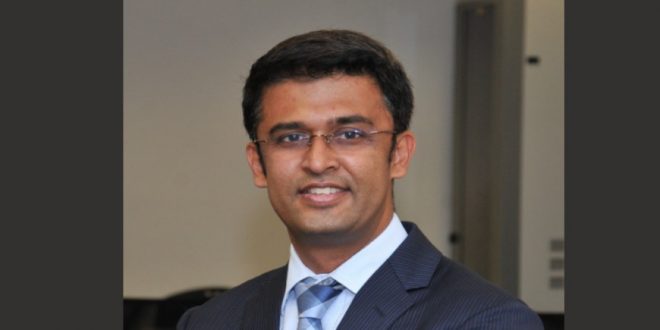 Q1. How do you describe the concept of a “connected fan” and how has it resulted in greater involvement of participants from the value chain?

Ans- A “connected fan” is a concept, where in addition to watching games sports fans also engage via different channels of engagement thereby increasing the overall virtual socialization and allowing the participants across the value chain to engage with them in different and more personalised ways.

Tech-savvy fans, with access to smartphones and the internet, constantly engage with leagues, clubs, media, sponsors, and data providers throughout their sports engagement/ consumption journey – whether they are trying to book tickets for a live match, streaming it on an OTT platform, ordering food at their seats, posting on social media, interacting with their favourites sporting personalities, blogging, tracking scores, researching, participating in a fantasy sport, or shopping for merchandise etc.

Fantasy sports play a key role in the value chain by providing a platform to engage with the fans, increasing the stickiness of the sport, and increasing the adaptability of other lesser popular sports.

Q3. What according to you is the present state of fantasy sports in India? Do you think we have achieved a mark or still have a long way to go?

Ans- Fantasy Sports platforms have over 13 crore registered users in India and the base is growing at a CAGR of 32 per cent. Talking about the market size, it was approximately Rs 34,000 crore last year and is expected to continue its fast growth trajectory over the next few years. On how attractive it is as an industry, there are over 200 fantasy sports platforms in India, two of which gained a unicorn status in a fairly short time and the sector has attracted FDI in excess of Rs.10,000 Crore. Looking at these impressive statistics and the contribution to the economy in terms of investments, tax and employment, Fantasy Sports has definitely made a mark, but it is still in its nascent stages and it’s a long road ahead.

The growth so far has been hampered by constant struggles with regulations and legalities. While there has been some progress on those fronts, ensuring Fantasy Sports are well perceived will require a lot of work, starting with the establishment of a regulatory framework.

What we can anticipate in the near future is a stronger growth, as compared to what we have seen so far, fuelled by greater participation in sports other than cricket, which today contributes to 85 per cent of the share, a more even gender-share and better user engagement using AI, blockchain, AR and VR.

Q4. What are the skill sets required by fantasy sports users?

Ans- Basic skill that is required to play fantasy sport is the knowledge of the underlying sport. In addition to the basic knowledge of the sport, one can improve their game by bringing in factors such as the player’s current form, the order in which someone is expected to play, conditions in which the game is played such as weather, ground conditions, time of the day, type of ball etc. Fantasy sports players are also using advanced analytics, prediction engine and expert suggestions to improve their game. Skills such as research skills to dig out relevant facts, the ability to keep out personal bias towards a team/player and decision-making skills are also put to test. In addition to the above one needs to understand the nuances of the scoring mechanisms and probability theory to choose a given number of players from a specific team.

Basic things that are required try your hand at fantasy sport a smartphone and an internet connection. It is to be noted that not all fantasy sports involve money, A player can enter into free contests and sharpen his skills and put theory into practice.

Q5. What are the major changes that have been witnessed in the gaming sector pre and post Covid-19?

Ans- The COVID-19 pandemic significantly increased people’s engagement with gaming as these platforms became avenues to socialize and connect. The gaming industry grew over 25 per cent CAGR during this period and we also noticed a significant increase in average time spent on gaming. The number of gamers in India is inching closer to the 400 million mark.

With the leagues resuming in 2021 initially with closed stadiums, the usage spiked and just like any other software-based sector, the platform providers had to adapt to working remotely and do a great deal of ramping up at the back end to support the increasing traffic and constantly roll-out upgrades and patches.

It comes as no surprise that Finance Minister Nirmala Sitharaman announced the setting up of a task force to focus on building domestic capacity and serve global demand in gaming as part of the AVGC (animation, visual effects, gaming, and comic) sector.