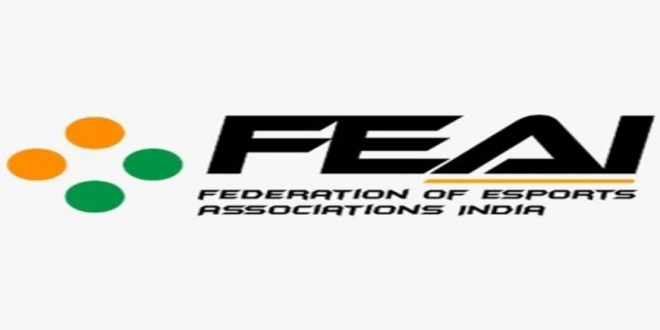 The national body for esports in India, the Federation of Electronic Sports Associations of India (FEAI) on Thursday witnessed its efforts of driving consensus around building an esports ecosystem receiving a solid boost. FEAI has been meeting the key stakeholders for the growth of esports in India and sharing their knowledge paper for planned action.

Its efforts and thoughts got an echo when Dr Vinay P. Sahasrabuddhe, Chairman, Parliamentary Standing Committee for Education, Women, Children, Youth & Sports and Member of Parliament, Rajya Sabha, urged the government to regulate the esport industry in India.

In a special mention in the Rajya Sabha, he said , “The subject of special mention of the house, which is about developing a prudent ecosystem of esports, including legally permissible e-gaming. I would like to draw the attention of the house to the fact that among the eight games that are medal sports in the Asian Games 2022 two are banned in India by the Ministry of Electronics Information Technology, due to data pilferage concerns.”

He also added , “What is required is to have a more holistic outlook toward esports and gaming, and in that regard, there have to be some efforts on the part of the Government to ensure that India’s flag is represented and players are selected for these tournaments in a fair and transparent manner. I request that wider concentrations need to be held, to develop a prudent esports ecosystem in India to further economic growth as well as job creation.”

Dr Vinay P. Sahasrabuddhe had previously highlighted in parliament the impact of online gaming on the youth and the need for positive regulation.

Vaibhav Dange, Founding Member, Federation of Electronic Sports Associations India said, “FEAI recently submitted its knowledge paper and sought the support of Vinay Sahasrabuddhe for a well-planned development of esports. We acknowledge his gesture towards our recommendation for the welfare of the esports industry.” He also added “The policy paper seeks to facilitate a policy-centred esports outlook that aims to address India’s unique definition for esports, which not only welcomes conventional global esports outlook but most importantly promotes India’s indigenous talent and narrative. The report also propounds a strong talent development ecosystem that covers the spectrum of talent, businesses, job creation, education, and revenue generation for India with regional centres of excellence.”

Gagan Narang, Founding Member of FEAI and the President of Telugu Esports Association (TESA), said “We will continue to put our efforts to create discussions and debates among the policymakers to get esports in the mainstream category. Each sport represents a talent pool, and regulating esport it could benefit the gamers by creating opportunities and economic support. Our aim is to make a robust athlete-friendly ecosystem”

Bhaichung Bhutia, Founding Member of FEAI, said “Being a sports athlete, it is not an easy task to take up sports as a career, but any kind of economic opportunities for the player can encourage a gamer to opt for gaming as a career and enhance his ability to lead in the evolving industry. While esport is evolving globally at a rapid pace, it is important to regulate esport for creating an ecosystem that creates opportunities for leveraging the economic advantage.”

In the past, FEAI has also met with Rajeev Chandrasekhar, Minister of State Electronics & Information Technology and Sushil Modi, Former Dy CM of Bihar and Member of Parliament, Rajya Sabha to share the policy paper.

There are over 1.7 million esports users presently in India, and some of these are professional athletes who have won international laurels for the country.  Esports is set to be a medal sport in the Asian Games 2022, it will also be played as an exhibition event during the Commonwealth Games 2022 and FEAI hopes could be soon inducted into the Olympics once the International Olympic Committee determines the format.