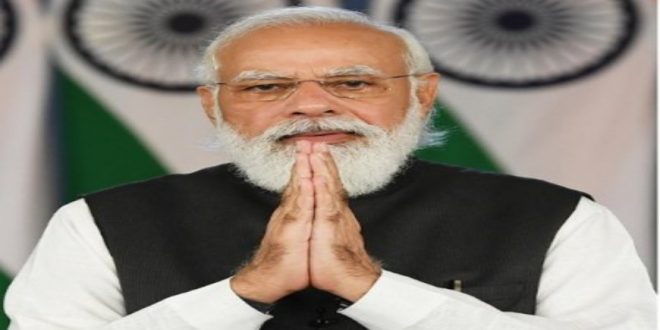 Federation of Electronic Sports Associations of India (FEAI), the apex national body for Esports in India on Friday lauded  Prime Minister Narendra Modi for his push towards the development of indigenous esports in India with his clarion call of ‘Create in India’ to take ‘Brand India’ to the world.

PM in an address highlighted the rapid development in Animation, Visual effects, Gaming and Comic (AVGC) in India and also opined that we won’t be able to stop our kids from playing mobile games.

He, however, said these kids should play Indian made games rather than games made abroad. FEAI has been propounding a strong policy intervention, anchored by the Government of India, towards formalisation of the Esports and allied industries, including AVGC, to create an enabling ecosystem to support the Indian industry.

As part of defining a “hybrid model” for Esports, including a conventional global outlook with a strong indigenous narrative, for India, the AVGC task force would be a force majeure in setting up a strong foundation for India to actualise its true potential of a USD 5 Tn economy, spurred by transformative policy orientation.

Boasting of a robust Media and Entertainment sector that promises to scale up to a USD 60Bn market size in the next 7yrs, India accounts for less than 10 per cent global market share for AVGC, leaving a massive potential to actualise given its prominence as the fastest-growing smartphone economy.

FEAI has announced that it will be soon releasing a policy paper as a framework for the development of esports in India. The policy paper will seek to facilitate a policy-centred esports outlook that aims to address a strong talent development ecosystem that covers the spectrum of talent, businesses, job creation, education, and revenue generation for India with regional centres of excellence.

Vaibhav Dange, Founding Member, Federation of Electronic Sports Associations India said, “FEAI welcomes the move of the Government under the leadership of the Hon’ble PM Narendra Modi Ji to set up a task force for Animation, Visual Effects, Gaming, and Comics (AVGC) promotion. FEAI has been recommending policy intervention towards the promotion of AVGC at the national level as well as placing a strong emphasis on development across states through regional chapters. We firmly believe that the AVGC sector offers immense potential to employ youth and this move will further lead to building an Atmanirbhar Esports Ecosystem for India.”

There are over 1.7 million esports users presently in India, and some of these are professional athletes who have won international laurels for the country.  Esports is set to be a medal sport in the Asian Games 2022, it will also be played as an exhibition event during the Commonwealth Games 2022 and FEAI hopes could be soon inducted in the Olympics once the International Olympic Committee determines the format.

Gagan Narang, Founding Member, FEAI said, “I am excited that the momentum of esports is increasing at a rapid pace in India. However, a significant impetus and focused approach are needed for India’s consistent success on the global esports stage. Gaming has become a way of life in highly evolved esports markets and esports is a highly sought-after career in these countries. With the Government’s renewed emphasis and the personal interest of Hon’ble PM Shri Narendra Modi Ji, I am confident that Indian talent will get the required support to represent the country globally in esports and will win laurel for the country in competitive esports. At the same time ‘Create in India’ and ‘Brand India’ vision will enhance the growth of jobs across sectors that fall in the ambit of AVGC. FEAI looks forward to playing a pivotal role in the growth of the esports in India.”

Previous Everything You Need To Know About Xtrme Race To Win Prizes For Gaming
Next GST Clarity For Indian Fantasy Sports Industry To Drive Investments, FDI: Report