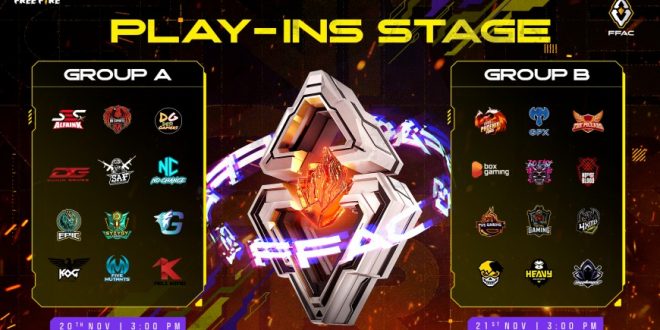 Garena, an online games developer and publisher on Thursday said that the Free Fire Asia Championship (FFAC) is all set to take place on November 20, 2021.

According to the official statement, a total of 7 local champions have made it through the ranks and entered the grand finals, following numerous intense battles in their respective local leagues over the past two weeks.

With 5 slots left, the runners-up will now compete in a knockout tournament to determine the final 5 teams that will enter the Grand Finals.

“The FFAC Play-ins will see 24 teams divided into 2 groups of 12; groups A and B. Group A matches will be held on 20 Nov, and Group B matches on 21 November,” the statement read.

Each group will play a total of 6 matches. The top 2 teams from each Play-ins group A and B will advance to the Grand Finals. The fifth slot for the grand finals will go to the next team with the highest number of points accumulated during the Play-ins.

A  grand finale will follow with 5 qualifiers from the Play-ins and 7 champions from the local leagues of each region.