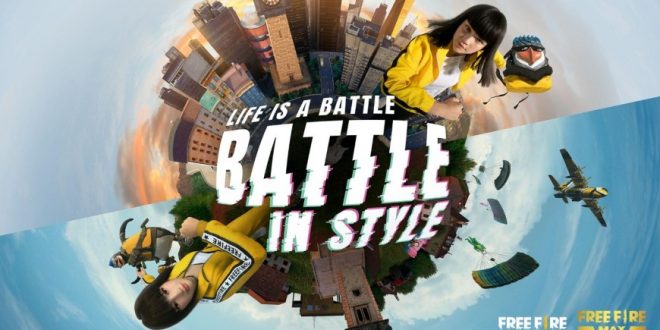 With various in-game modes and fashion items for players to express themselves and face in-game battles creatively, Free Fire is looking to become more than just a game, read the official statement

Garena is all set to launch its first brand campaign for Free Fire since its launch four years ago, with its upcoming Battle In Style global event.

With various in-game modes and fashion items for players to express themselves and face in-game battles creatively, Free Fire is looking to become more than just a game, read the official statement.

“We spoke to players all over the world to better understand the challenges they face in life, approaches to overcoming them, as well as the aspirations they have,” said Harold Teo, Producer, Garena.

“Battle In Style was then conceived as our very brand identity, which seeks to inspire players to stay positive and have fun, even when taking on challenges or chasing aspirations in life. That is what Battle In Style is about,” Teo added.

A Battle In Style is a short film that revolves around the experiences of an ordinary girl overcoming and battling challenges in real life and in the game. She does so with her unique style and positive spirit, illustrating the inspirational message behind the film: ‘Life is a Battle, Battle In Style.’

According to the official statement, Garena will introduce Booyah Day, the in-game celebration of the Battle In Style launch, where a variety of themed features and items will be offered to players. This will allow players to style and express themselves in even more ways – ones that they can call their own.

“The ability for players to adopt many character styles, customise appearances, and embrace their true individuality in Free Fire is one of the top reasons why players enjoy the game. We will continue to offer different ways for players to express themselves, with Battle In Style and beyond,” said Teo.

Booyah Day will take place between 12 and 29 November, and will feature new in-game designs, items, events, and a chance to receive themed rewards.

Previous Users Won’t Be To Play BGMI On Their Android Phone
Next Not Just A Trend: Inclusion Of Gamification In Education