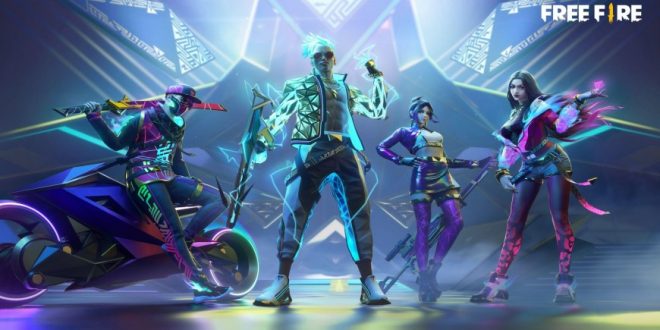 Garena, an online games developer and publisher is grabbing eyeballs with its brand new campaign for Free Fire, Squad BEATz.  Through this, Garena is inviting players from around the world to embark on a journey of self-expression this spring.

Squad BEATz tells the story of four young people from around the globe, represented by Free Fire characters – Alvaro, Notora, Shirou, and Kapella – who all often feel out of place and different from others around them. In turn, this strengthens their resolve to prove and express themselves through other means, such as style and music. With their own unique cultures and personalities, Free Fire’s Squad BEATz embraces each other’s individuality as they battle their way through in Free Fire.

Just like Free Fire’s Squad BEATz, the upcoming campaign seeks to empower players all around the world to celebrate their individuality and unique personalities by expressing themselves through vibrant in-game costumes, musical genres, and unique battling styles in Free Fire.

Starting 4 February, Free Fire fans and players can look forward to expressing their unique fashion styles in the game while also battling together in style with their squad with a revamped interface, exclusive collectibles, as well as an exciting lineup of in-game missions.

An upcoming music video featuring Squad BEATz in their personalised ensemble will also arrive on 12 February.

Notora: A purple flame emanates from Notora’s fiery outfit. This funky get-up oozes confidence and fun – a perfect pick to throw on when it is time to squad up and party to funk music with her team.