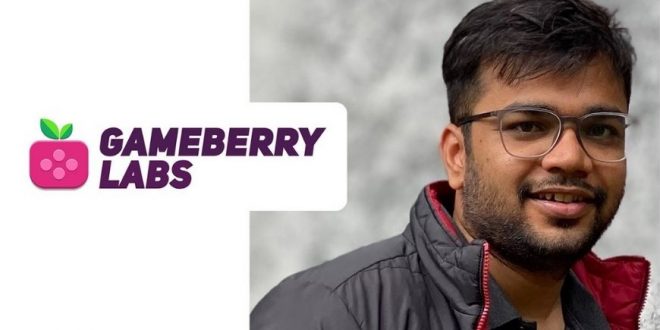 Gameberry’s Afsar Ahmad On Breaking Into The Global Gaming Market

Gameberry Labs has marked its presence across the continents with its two popular games Ludo Star and Parchisi Star. In an interview with BW, Afsar Ahmad, Co-Founder of Gameberry, spills his secrets on making it big into a foreign market

Founded in 2017, by IIT Kharagpur alumnus Afsar Ahmad and Govind Agarwal, Gameberry Labs has marked its presence across the continents with popular games like Ludo Star and Parchisi Star.  Parchisi Star (the Spanish version of the Indian ludo game) has been extremely popular in Spain, Morocco, Columbia, Mexico, and the Dominican Republic. Meanwhile, Ludo Star has become a hit across the MENA and SEA region. In a conversation with BW Businessworld, Afsar Ahmad, Co-founder of Gameberry Labs talked about his journey of making it big into the global market.

1. How do you see the Indian gaming ecosystem panning out? Where do we stand today, especially when people are nesting at homes and showing extensive interest in gaming?

Ans- During COVID-19, demand for social multiplayer games surged at unprecedented levels. Social gaming stepped in as everyone’s social lifeline enabling them to connect with others in the virtual space while being in isolation. The pandemic brought massive growth for Gameberry Labs. This was the time when our games grew from 2.2 million daily active players (DAUs) to 15 million DAUs which is presently stabilised at 6 million daily active players (DAUs). We also surpassed 125 million-plus downloads worldwide & witnessed a 400 per cent net revenue growth in 2020.

During the pandemic, Parchisi Star jumped to number 1 position (games category) in both the Apple App Store and Google Play Store in Spain and achieved an overall number 3 ranking in Spain. In May 2020, 1.3 Million people were playing the game simultaneously. Being a player-experience-driven studio, handling such a large scale of concurrent players while providing them quality experience were indeed technical challenges for us. But our technology team successfully managed to surpass these and delivered a seamless playing experience at scale which was an engineering milestone for the company.  We were also profiled by Google as a case study for achieving this feat.

2. From your experience, how would you juxtapose the Indian user base with other countries that you have served? Any interesting insights?

Ans- In terms of payer rate both the markets are quite similar and are likely to engage more players because of the social aspect of the mobile games. Furthermore, both markets lack IP-driven games.

Culturally, much like the Indian audience, the LATAM audience is also close to their friends and families and values games that provide an opportunity to bond with them. However, talking about the difference, as compared to India, LATAM has a higher percentage of female gamers.

3. How did you manage to make your place in Online Ludo when there were already established companies? How do you make sure to stand out during this time?

Ans- While designing our games, we strive to make them socially engaging. This allows the players to discover new people, challenge and compete for top spots and also develop new connections in the process. The social first design of our games contributed the most in making our games a viral hit. Our relentless focus on early player feedback helped our games achieve high ratings, resulting in organic downloads and making them popular globally.

Smarter monetization mechanics around giving our players the ability to ‘un-do’ or ‘re-roll’ the dice in exchange for an in-game currency i.e., gems and without letting the opponents know that the dice were re-rolled added a lot of excitement to the gameplay. The Ludo/Parchisi category started getting recognised as Ludo Star and Parchisi Star globally. Our playbook for success also had a strong Facebook engagement loop built in the game at the player level which gave us a tremendous edge over other titles. In addition, we introduced a dice collection system that further enhanced the game’s social aspect, with players loving exchanging dice faces to finish their collections and helping others do the same. Eventually, the category – Ludo/Parchisi started getting recognised as Ludo Star and Parchisi Star globally.

The interactive social features of the game hooked millions of players globally to log in every day seeking social experiences and new connections within our gaming ecosystem.

4. How did the idea to start Parchisi Star come to your mind?

Ans- We started with the idea of bringing back the excitement and fun of playing our favourite childhood game Ludo. We leveraged the growing popularity of ‘online ludo’ to pursue our core philosophy of making games that players would love to grow old with.

In our research on existing Ludo games, we found that a similar game called Parchis/Parchisi is also deeply rooted in Spanish culture. Our study showed that people in Spain, Morocco, Colombia, and Mexico had a similar connection with Parchisi, as Indians had with Ludo. While Ludo faced competition at considerable levels and few games in the market were already doing well, Parchisi was still an untapped potential market. This prompted us to first launch Parchisi Star and then work for Ludo Star.

To optimise our development efforts, we designed a structure in which both games ran from the same codebase. We worked hard over the years to create a core social gaming experience with an unparalleled sense of community for our players. We are happy to share that our games have been a global success & now have 6M daily active players (DAUs).

5. What is the overall scope for Indian gaming companies in other countries?

Ans- Earlier, India was primarily a backend or rather a support centre for a lot of global gaming companies. However, in recent years, Indian headquartered companies have seen success at the global level which has triggered the confidence to build original gaming titles. It will be a matter of time before the Indian studios will be able to flatten the learning curve from their journey of building original titles, eventually translating into bigger hits.

6. What are the future plans of the company? Are you planning your debut in other genres as well?

Ans- We are a bootstrapped and cash-positive organisation. We want our games to reach people across the world. While we are committed to further growing our presence in the ‘Board Games’ category; we have also built 2 new teams dedicated to extending our gaming portfolio in different genres and creating the next success story for us. With In-App Purchase (IAP) and In-Game Ad Monetization being our main revenue sources, our revenue projection for FY 2022-2023 is approximately $45 Million.

We are developing a merge game and a multiplayer action survival game as we see great potential in both categories. Both the games are in the testing phase as of now and we are looking forward to releasing them hopefully by the end of this year. 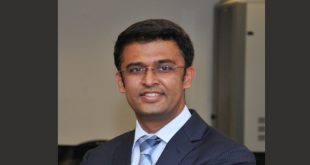 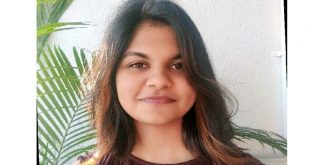 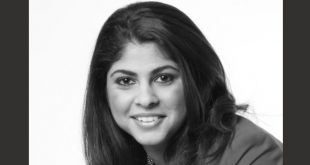 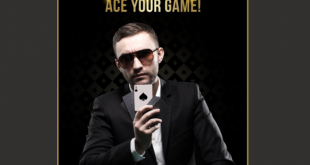