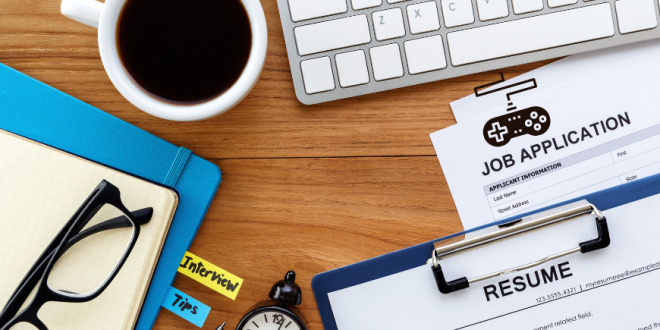 Gaming Industry Is The Next Pivot Of Jobs – Experts

If the ongoing pandemic has thwarted the economic activities on one side, it has made way to various avenues that reaped from this blessing in disguise. Gaming during this time has become one such sector that spotted the signs of early success amid the postponed growth story. Various reports on the sunshine sector have been released lately, speaking the tale of its glory – growing at a CAGR of 40 per cent, investors’ new darling, and above all rendering gender-neutral career opportunities.

Gaming as an industry has grown by leaps and bounds in India over the last decade, and an entire ecosystem has sprung up which includes local listed and unlisted players, as well as renowned international studios. “This evolution has provided Indian coders a host of new and challenging opportunities in the industry,” believes Vishwastam Shukla, Chief Technology Officer at HackerEarth.

Shukla further thinks that the popularity of games like PUBG has only shown there is a huge audience in India, and hiring local developers to cater to the market is just good business sense. “A job in this industry offers a mix of good compensation and challenges, making it a popular choice among developers,” he adds.

Manav Sethi, Global CMO, Octro anticipates the growth of the gaming sector. He says, “Gaming sector was already on a steady growth before Covid-19 struck all of us. But the pandemic did bring a few quarters of growth forward and we have witnessed the same in our business and by way of announcements of other businesses like PlaySimple. This growth accentuated the hiring needs for the entire gaming value chain. Yes, it’s not only sustainable but is poised to grow humongous.”

According to Gautam Vohra-VP & Business Head, Telecom & Engineering Staffing, TeamLease Digital – a recruitment portal, “The exponential growth in gaming is having a ripple effect on the career opportunities, which has gained and is witnessing a 30% growth.  The growth is here to stay as the industry will mature and the gaming industry will be a sustainable segment to approach for career aspirants.

According to HP’s recent report, 84 per cent of women respondents said that they want to pursue a career in gaming. The real question however is, the number of potential candidates looking at this unconventional industry as a serious career choice especially the women, who have often been told about the dominance of men in the space.

Amit Kushwaha, Head Brand Strategy, Gameskraft agrees to the opportunities the gaming industry is offering in various fields – developer, designer, animator, tester, or even a professional gamer or game critic/reviewer. “The choices are varied, and the good news is that gender is never a criterion to judge the potential of any candidate in the gaming industry. As an organization too, we believe in gender equality and not judging any candidate based on their gender but their potential and suitability of the role,” Kushwaha avers.

To add to that, according to Think with Google APAC- Play like a Girl Report, 2020, 18% of all gamers in India are women. He further speaks, “Moreover, the number of women gamers is increasing at a faster rate than male gamers, especially during the pandemic. So, we strongly believe that females gamers are going to fuel the next jump not just in the user base but as employees in this sector as well.”

Even Madhur Singhal, Managing Partner and CEO, Praxis Global Alliance believes that the gaming career opportunities are gender-neutral. “In fact, women who are not in the workforce have time on their hands and are as skilled, if not more, than the other genders. Women might face some challenges in real money gaming if they have constraints in accessing their bank accounts on the internet. But technologically this is not a challenge.”

The quantum jump has made gaming industry a career choice for women believes Vohra. “In today’s world, the challenges are related to skill and talent, not as a gender when it comes specifically to the gaming industry. In fact, there is a growing ask for women in the industry especially for roles like gaming developers, animators, and audio engineers. This demand is expected to further grow as the industry grows,” Vohra exhilarates.

Sethi on the other hand solemnly disagrees with the fact that women face any challenge to enter any industry. He thinks that a serious career choice is one that has a lot of future and value stored in it and gaming is the highest growth sector as of now. “Globally it already is bigger than movies and music combined. There are more billion-dollar games than movies! Gaming is at the intersection of sports and entertainment, and what better place than the world’s second-biggest market for gamers- India,” Sethi shares.

The scope of the gaming industry is remarkable, but success also brings significant challenges for both companies and the talent they employ. Looking at the rapid growth the gaming industry has witnessed, we need a talent pool to sustain this growth rate and currently, this doesn’t seem to be an issue, deliberates Kushwaha.

“However, looking at the pace of growth of the industry just like any other industry, this might come off as a key reason which could impact the growth of this sector. Upcoming institutes and colleges working with various companies will help fulfil the gap as well as lateral movement from various industries as noticed for other sectors,” Kushwaha suggests.

In Indian internet industry, gaming grew on the side lines. VC firms like Sequoia played a very critical role backing early-stage gaming start-ups. “Now that gaming firms like Octro, Dream11, MPL, and PlaySimple are getting their share of scale led valuation, both in India and International markets, the talent pool would move towards gaming across the value chain,” says Sethi.

Speaking on how government can facilitate a suitable ecosystem for the gaming industry in terms of employment generation. Singhal suggests, “Firstly, creating regulatory legitimacy will help remove any stigma or lack of social acceptance. This itself will motivate many gamers of both genders to play more openly. Secondly, allowing gaming products and gaming-related training courses to advertise responsibly and sell on the internet will attract employment. Thirdly, acknowledging gaming in the gig workforce frameworks to make gaming income acceptable will draw more people to gaming.”

Sethi thinks that the government should focus on harmonising central and state laws to act as an impetus in creating a predictable and level playing field for gaming companies. “High fidelity games are capital intensive businesses, hence the government must consider tax sops to gaming studios and encourage free flow of talent across borders if the goal is to build 50 gaming studios in next 5 years that can churn out at least 5 games of $500M-1B.”

Adding more on the government’s role, Vohra speaks, “By making the industry regularized through various Govt affiliated bodies/bringing skill-based certification, create awareness and above all improving the ease of doing business can further improve the scope of employment by the industry.”