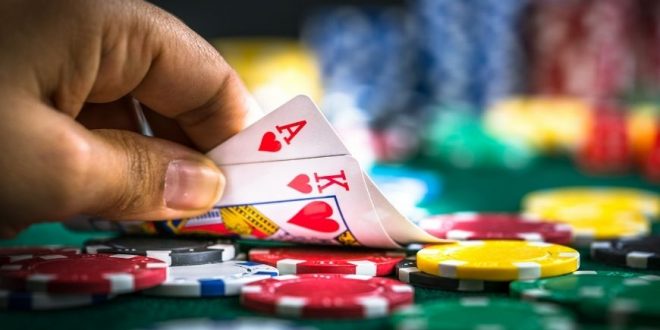 The booming gaming industry can prove to be a significant contributor to India’s GDP, a legal panel states

The panel brought on the table intriguing dimensions to the discussion on how the gaming industry’s rapid growth calls for a change in perception towards the Industry from all the stakeholders. The panel, most importantly, highlighted how regulations can prove to be a game-changer for the industry.

Session chair, Sudhir Mishra volleyed engaging questions across the table, drawing eye-opening insights from the Panel.  Here are some key takeaways from the 60-minute session.

According to a report published by Deloitte, India’s gaming industry is growing exponentially. If numbers tell a growth story, the gaming industry which was valued at around $1.5bn in 2020, and is expected to almost double to $2.8bn by 2022.  While consumer demand for alternative forms of entertainment like online and offline games has been growing at a steady pace, the onslaught of the pandemic and subsequent lockdown accelerated the growth to an unprecedented level. Call it a shift in lifestyle, increase in disposable income, 4G penetration, or the human mind’s need to be stimulated, the gaming industry has become one of the biggest alternate forms of entertainment. Puneet Singh went a step forward to make an interesting observation in this regard. He pointed out that the gaming sector has proved to be the most significant sector in terms of contribution towards GDP where countries have proper regulations in place.

While the growing industry holds promise to become a massive contributor in terms of revenue, employment, and foreign investment, not much has happened in this direction over the last few years. The law commission had prepared a report on the legal framework on gambling and sports betting in India back in July 2018 but there is no clarity on a central law to regulate the gaming industry in India.

“The government looks keen to consider the taxation and revenue opportunity the dynamic sector can bring, but the implementation aspect has not seen the light of the day.”

While some states seem to be in favor, some have banned certain kinds of games. This disparity in approach is not only causing confusion amongst industry players but also hindering the progress in bringing a legal framework to regulate a unicorn domain like gaming.

“This whole subject around state and center is again something that, in this case, becomes a big quandary. And the reason for that is that we have this whole phenomenon of online gaming, which has become far bigger than offline gaming, and the state’s ability to really moderate this regulation properly, is something that is not quite clear, says Sameer Barde”.

Self-regulation An Option For The Industry

India has been seeing a rise in mirror regulators for quite some time now. Different sectors like Pharma, E-Commerce, Broadcasting have welcomed the concept of self-regulation. Since last year we have been witnessing to and fro negotiations between the OTT players and the Government with the former batting for self-regulation. Experts believe that self-regulation can prove to be a good option to create a robust and flexible framework in place.

When asked about the industry’s take on it, Shivanandan Pare said that the right talent, the right quantum of investment, and the desired level of consumer engagement will get attracted only when there is a holistic regulatory framework in place. It is only when the three pillars of talent, investment, and consumer engagement are in order, the tax revenue from this sector will become possible.

Self Regulation or Regulation, just do it, he added.

“If a balanced approach to taxation of the gaming industry is not adopted, people will look to do things illegally,” said, L Badrinarayanan, Partner, Lakshmikumaran & Sridharan.

Bringing examples from Mahabharata and day-to-day life to the foray, Ajit Mishra, Partner, Harrison Clark Rickerbys Ltd highlighted the fact that gambling has always been a part of our life. It is only because money is at stake, people become emotional about it. Regulations will bring the much-needed element of responsibility for people in activities like gambling.

Referring to gambling, Ajit said it should be viewed as just another sport.

“You buy a ticket to a sporting event and your team loses, you don’t say you lost the money, you say your team lost, it was just another game,” said Ajit.

From advocacy on gaming regulations to understanding the consumer’s psyche behind making gaming a popular option for entertainment, the panelists gave a 360-degree view of the current situation and also showed a glimpse of what the future of the gaming industry holds from an economic and cultural point of view. One thing that was unanimously agreed upon is that regulation is the need of the hour.

Consumers are going to play, which in turn, is only going to increase the demand. Whether the demand will be regulated or unregulated is the question that demands an answer with a much-needed sense of urgency. After all, there is no better time to cash in on the gaming wave than now.