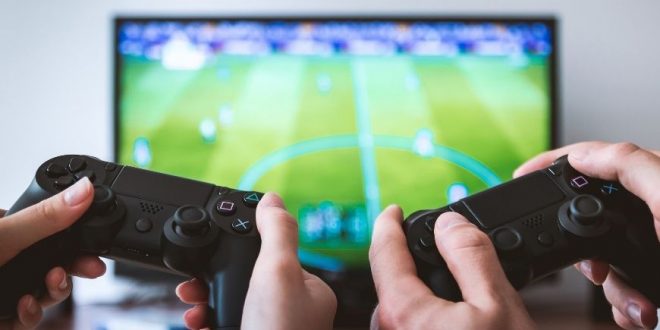 As the video game market is seeing exponential growth, the publishers are looking forward to presenting a great line-up to the gaming buff next year

In the video game industry, many new video games are expected to be released in 2022. Multiple delays in software and hardware releases due to the continuation of the COVID-19 pandemic have heavily impacted development programs, causing this year or so indefinitely.

League of Legends: Wild Rift is a Free-to-play Multiplayer Online Battle Arena mobile game developed and published by Riot Games for Android and iOS. As in League of Legends, players control a character (“champion”) with unique abilities and battle against a team of players or AI-controlled units, with the goal of destroying the opposing team’s “Nexus”. Each League of Legends: Wild Rift match is discrete, with all champions starting out relatively weak, but increasing in strength by accumulating items and experience over the course of the game. The champions are influenced by a variety of genres, including high fantasy, steampunk, and Lovecraftian horror.

Diablo Immortal is an upcoming free-to-play video game in the Diablo series, designed for mobile devices. The massively multiplayer online action role-playing game takes place between the events of Diablo II and Diablo III. Developed by Blizzard Entertainment and NetEase, it was announced in late 2018 and is planned for release on Android and iOS in the first half of 2022.

DreamWorks Universe of Legends is a mobile app role-playing game developed by Firefly Game Inc., featuring more than 40 playable characters, including those from Madagascar and Penguins of Madagascar, including Alex, Marty, Skipper, King Julien, and many more. Droplets (small blob-like creatures) and Dreamstones (powerful stones that are of vital importance to the Dreamwork universe) both reside in The Between; the Dreamstones are kept in the Vault in

the Hideaway inside a force field where the Droplets cannot reach them. The Dreamstones and Droplets live in harmony, maintaining a yin and yang relationship; they need each other but they cannot touch.

Haydos 380 cricket game download is something a lot of people are looking forward to. It is an upcoming game that is highly anticipated, especially in India. Cricket is one of the most popular games in the world and it has the largest fan base in India. So there is much excitement over the upcoming cricket game Haydos 380. Developed by Creative Monkey Games, the game was announced by the Australian cricket legend, Mathew Hayden.

Previous US Gaming Market Revenues To Jump Over $33.5B by 2022
Next Sutanu Behuria Announced AIGF’s President, Policy & Planning, Rummy Chapter