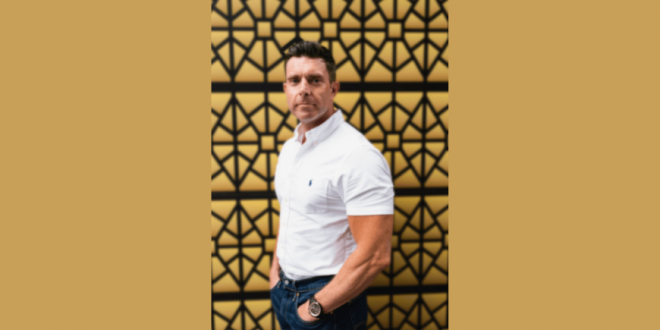 Online gaming can be traced back to as early as the 1970s, but from the early 2000s is when this form of gaming excelled with modern technology driving gamers down a digital path. Since then, the market has been growing exponentially, even more so after millions across India were forced into lockdown due to the COVID-19 pandemic.

While mobile gaming still holds a significant preference in the overall gaming market in India, console gaming is also slowly but surely growing as a mainstream platform in the country.

The landscape of the Indian console gaming market

Industry reports highlight a pattern in which people in India appeared to skip the PC and console gaming phase in favour of the mobile gaming era, due to the low entry barriers in terms of hardware and gaming titles in the mobile gaming market. To this day, the Indian video games market tends to revolve around mobile gaming – however, with the success of games such as PUBG, developers have begun focusing their attention on creating console and PC games as well. Of course, there are other factors to consider when looking at the growth of PC and, more specifically, console gaming in India.

Comparing the sales of the PlayStation 4 and PlayStation 5, the PS4 was launched in 2013 when gaming was a niche activity in India, with a high number of units sold within the first 24 hours of launch – surpassing the number sold by its predecessor, the PS3. The PS5 was, as expected, snapped up at rapid pace – within a few seconds in some cases – ever since its pre-order availability was announced in 2020. While PS5 sales in India has only been estimated at 60,000 units so far, a minor number compared to the 17+ million units sold worldwide, these projections are indicative of the fact that the interest in console gaming has grown over the period of time.

Currently, both the PS5 and Xbox Series X are in competition to entice even more Indian gamers into the console gaming segment. With the release of new console games for these next-generation devices, we’re certain this trend will help boost the segment’s growth in the future.

The gaming influencers in India have increased over the years, as per YouGov’s report, in which it states that India boasts one of the highest increases in gaming influencer followers including both casual and competitive gamers. This implies that the audiences look up to these influencers and follow their opinions – with the influencers themselves playing console games and encouraging Indian audiences to indulge in gaming. IndianSoldier1, Tech Khurana, Xyaa, and Ankit Panth are some of the renowned influencers who actively promote content about console games, reaching audiences across India and globally.

The increasing user base

India has a population of around 1.3 billion at present with an average age of 29, it is one of the youngest nations globally and is home to a fifth of the world’s youth demographic.  We anticipate that the mobile gaming user base consists primarily of casual gamers and kids. However, the target demographics for console games would be these young adults, especially in their late 20s and early 30s.

These games are very engaging and often require specific skills or requirements to be played. The young population specifically prefers competition as well as the player-to-player gaming experiences. This is one of the reasons why the youth would gradually transition from mobile gaming towards console gaming.

Indian-based video game studios have grown exponentially over the last few years. Their existence, significant growth, and contribution to the industry indicate that the segment is growing in the right direction. According to industry stats, there are currently 118 PC and console gaming start-ups in India.

In fact, Hitman 2 and Sackboy: A Big Adventure are some of the renowned console games that have been developed in India in by a leading console gaming development studio, Sumo Pune. Even console games like PUBG and Call of Duty by other leading publishers have witnessed success and continue to be favorites among Indian players.

While these were adapted for the mobile version, users eventually upgraded to PC and console versions for optimal experiences.

The console gaming market in India is still in its early stages – according to Modor Intelligence’s reports, the Indian video games market was valued at $1.02 billion back in 2020. By 2026, it is projected to be valued at somewhere in the region of $4.88 billion. It’s great to see that many gaming studios are keen on exploring this domain and are now focusing their attention on this sector.

Modern players now want to explore options in gaming formats and crave uniqueness in gaming experiences, yet another reason why we expect to see growth in the console gaming market. It is expected that such console games will account for approximately 36.3% of the gaming industry by the end of this year, as reported by Statista. Overall, it is anticipated that with the increased interest in mobile games, the interest in console games will also spike, and this trend will pick up pace in the times ahead.

Gaming in India is growing as a result of users adopting digital technologies available to them, which have become much more attractive and equally accessible. Gaming is no longer just a source of entertainment; it is perceived as an activity that provides education as well as enabling socialization. While mobile gaming continues to dominate the gaming scenario in the country; players are gradually moving onto console games too.

The demand from the players is leading the developers in India to focus their attention and efforts on this domain, which can only mean great things for the gaming audiences and consumers of India.