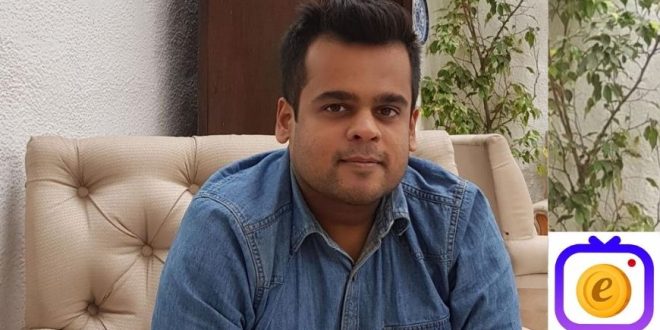 Bengaluru-based social gaming and livestreaming start-up Eloelo became an instant hit among the masses, specifically females in non-metros, and recorded 50 million in-app gameplays within seven months of its launch. Registering a stupendous growth of 100 percent month-on-month, the app is approaching near to five lakh users and more than 10,000 creators. Eloelo started off as a creator-driven content platform with a layer of gamification but quickly sensed the immense traction on the gamification side adding a lot of value to the Indian creators.

According to the Co-founder and CEO of Eloelo, Saurabh Pandey, there are millions of content creators in India but not enough monetization avenues for creators currently. “Despite having the power to attract and move audiences, creators are never paid their due – and this problem gets amplified for the mid-income creators, who ultimately end up dropping off from their journey. We want to solve this by enabling creators to engage with their audiences over live social games and unlock monetization opportunities.”

While there are platforms in the pure entertainment or influencer commerce space, the creator-led live social gaming space is very new and interesting. Adding to that, Eloelo has a predominantly female audience base, which becomes a differentiated product versus anything new or existing in the market. There are two main ideas that actually worked in favor of Eloelo’s success. “We blend the best of content and gaming together because the creator is hosting a game live. So, it feels like a live, interactive TV and became an instant hit with our audience, which is largely females from non-metros. Secondly, the games are indigenous in nature and evoke a sense of nostalgia. Tambola, musical chairs, quizzes, etc are things you have either played offline or seen on a TV game show so there is low friction and easy adoption for the end-user,” Pandey explains how stars aligned in the company’s favor.

Apart from English and Hindi, now digital gaming start-ups have started to introduce their games in regional languages like Tamil, Telugu, Kannada, Bangla, etc. Even Eloelo has games in four languages. The scope or userbase can get bigger with the “increase in vernacular gaming content”. A social game by definition has to be relatable and can have better relatability if it is in your own language.

“Building for India is not just about adding languages but driving home your core product value by making it very familiar, relatable, and easy. The simplicity of the games we have, the type of creators who makes relatable content, the UI, and languages – everything has a role to play,” states the gaming expert.

Currently, Hindi is the most popular language on Eloelo with 85% of the audience coming from non-metros. The company is in the middle of launching four more languages this year.

The core value of the gaming industry is to create more content for entertainment. This gaming platform’s concept is to digitize the anchor-led live gameshow format common on television. Pandey analyses the last lockdown digital behavior, where people spent time around WhatsApp video group chats and virtual kitty parties hosted by an anchor.

Observing the digital behavior of the users, the app makers felt it could be really interesting to build indigenous social games like tambola, musical chairs, antakshari, and quizzes with content creators hosting them online and audiences playing, interacting in the live show. “It can pretty much replace the passive content consumption on television every day because now you can play live with lakhs of others,” Pandey opines.

On Eloelo, the users spend over 60 mins per day on the app, and session time truly peaks between 8 pm to 10 pm which was the TV viewing hour originally.

The co-founder says, “On the content aspect, I truly believe that creators have opened their eyes to the sheer possibilities they have with their talent and are now looking at hosting games, streaming, and engaging with followers in a fun way.  Games also act as a great context through which conversations get triggered.”

The company raised $450,000 in its 1st round backed by Waterbridge Ventures, Sequoia Scout, and angel investors like Ramakant Sharma in August 2020. The venture money has now begun pouring into the gaming ecosystem especially in India. The future for a content-driven market like India especially in terms of social gaming according to Pandey “will emerge among the top 3 destinations” to spend time online.

“At Eloelo, we are at the intersection of creators, gaming, and social. Our early traction makes us believe this could be a business that truly creates impact across lakhs of creators, who start hosting their own shows and engage millions of users,” he contemplates.

Pandey accepts that capital is available in any space where there is true value being created. He believes Eloelo has just started in lines of social gaming and would be “truly massive” in the times to come. In the next two years, the app may become more popular than short video content aggregators. “Over 600 million Indians are now online and consuming content or playing games, so combining the two with a social layer of gamification makes it a very interesting space.”

There are priorities and new plans on board for Eloelo this year. Pandey in his concluding remarks shares, “In our hearts, we are a creator-1st company and want them to build interesting live gaming experiences for the audiences on our platform. We are about to cross 1 million users and 50,000 creators on the app and are seeing phenomenal retention. Now it’s just going deeper and building scale.” The company is set to launch a lot of new games on both video and audio with social features and more language options.

While currently, the app has an earned currency in the form of elo-coins which users earn by referring their friends and logging in daily, it will soon be introducing a bought currency for users to gift creators and participate in live games. At the pace at which Eloelo is growing per month, Pandey believes they will own the live space for India and soon cross 5 million users across languages with 1 lakh creators earning on the platform by end of 2021.