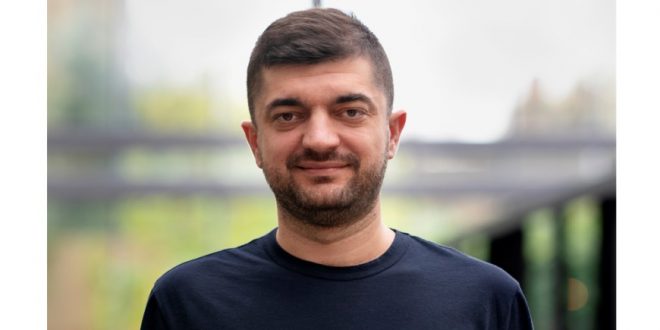 The year 2021 was an unprecedented year for the games industry, with a total value across investments, mergers and acquisitions, and IPOs of USD 185.5 billion. The fourth quarter was particularly interesting in that more than half of investment volume flowed towards blockchain gaming. And a small but undoubtedly significant proportion of this was invested in gaming guilds. No, not the ones that go raiding on World of Warcraft: these guilds provide the infrastructure and resources for people to get involved with play-and-earn blockchain gaming. So how exactly do these relatively unknown organizations work, and why have they attracted investments from the likes of a16z, Coinbase Ventures and Animoca Brands?

Where did blockchain guilds come from?

Blockchain gaming is still at an extremely early stage, despite some notable examples such as Axie Infinity which have gained recognition across the gaming community. The mechanics of these games tend to be based around the idea of play-and-earn or even play-to-earn whereby users play and engage with the in-game economy and are able to generate financial returns from doing so, whether by skill, or luck, or persistence. At this early stage, many blockchain games require players to make an initial purchase of an NFT such as an Axie, which can then be bred and battled with others to generate income.

For many gamers, this model throws up barriers to entering the blockchain gaming space. Some will simply be unable to afford the entry token, while others just don’t have the confidence to get involved and need some guidance. Yet many have the skill and drive to thrive in a blockchain gaming economy. That’s where organizations such as Yield Gaming Guild (YGG) come in. YGG, the biggest and best-known guild, was actually inspired by the Axie Infinity economy and the realization that there was a massive appetite for play-to-earn gaming in Southeast Asia. We’re a little less than 18 months on from the founding of YGG and there are now probably more than 10,000 gaming guilds worldwide.

How do they work?

There are various types of guilds, but they most commonly aim to generate a return or ‘yield’ by purchasing assets, lending these assets to gamers who want to play the game in exchange for a share of the returns they generate and re-investing those returns into additional assets or games. The gamers who receive the assets are known as ‘scholars’ and are recruited by ‘managers’ who provide advice and training to help them succeed in the game.

Depending on the guild, scholars will typically retain anything between 35 per cent and 7.5 per cent of the income they generate from playing the game, with managers and the guild itself also taking shares. Each guild will have its own ways of managing the process of key tasks such as lending NFTs or accurately dividing revenue. Play-and-earn games ecosystems such as Infinite Arcade are also starting to provide guilds with management dashboards and tools such as the ability to effectively hold NFTs in a form of escrow that simplifies the task of lending them to scholars.

Why are VCs investing in them?

Many venture capital funds that are investing in the blockchain games themselves are also investing heavily in the guilds that play them. Tens of millions of dollars were invested into guilds each month during the fourth quarter of 2021 by the likes of DeFiance Capital and Pantera Capital. But why, exactly, particularly as guilds are putting up all the risk in exchange for only a share of the returns generated by each play-to-earn scholar?

As blockchain gaming grows, guild communities are key arbiters of which games will benefit from the massive player volumes that guilds employ. With thousands of projects vying to become the next Axie, this will be critical. It’s likely that, at this early stage, the majority of blockchain gaming projects will fail in the medium term, but the only way most guilds will falter is the failure of the entire blockchain gaming market. This is deeply unlikely, as shown by major players such as Jam City and PUBG developer Krafton outlining their blockchain gaming intentions recently.

This doesn’t mean that guilds don’t have the potential for rapid growth. The digital assets they hold have limitless potential upside. Many guilds are decentralized organizations (DAOs) which also utilize their own crypto tokens to ensure participants have a say in decision-making. The price of these tokens will inevitably rise as the number of scholars rises and liquidity grows. As well as generating play-to-earn returns, numerous guilds also invest in upcoming blockchain games and other metaverse ecosystems such as The Sandbox to generate more traditional investment returns, add value to projects by providing an esports layer, or even in the case of organizations such as BreederDAO create services for other guilds.

Investors have already validated the guild ecosystem. But like all things web3, it’s moving fast and constantly changing, so it will be fascinating to see how guilds evolve. Until blockchain gaming aligns with the mass-market gaming experiences we expect (think free-to-play, cross-platform with mobile, seamless payments), guilds will hold a pivotal role in its development. Even when this distant eventuality becomes a reality, the large and passionate communities and ways of playing (and earning) guilds have developed are likely to continue to shape the entire games industry.

The article is written by Şekip Can Gökalp, Core Contributor, Infinite Arcade.