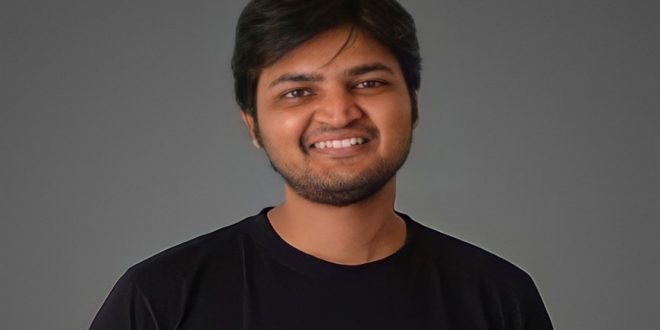 How Post Budget Changes In Ad-tech Space To Help Industry Get A Lead?

Advertising is entering a new era, with online commercials proliferating and capturing an increasing share of the advertising budget. Along with ad tech, data has turned into the new advertising gold and is a game-changer for processes and targeting. Long-established stakeholders are losing influence as new advertising heavyweights emerge. This is a structural shift that appears to be continuing.

Finance Minister Nirmala Sitharaman has made it clear that digital is the way forward, whether it’s the introduction of a Digital University to make education more accessible across the country or the Reserve Bank of India’s proposed launch of a Digital currency, or the government’s focus on promoting digital payments and fin-tech. The Union Budget for 2022-23 aims to improve the country’s digital infrastructure and facilitate the transition to a cashless economy. This year, the government will also hold a spectrum auction, which would let private telecom carriers put out 5G services in the financial year 2022-2023.

The Media & Entertainment (M&E) industry applauded Sitharaman’s presentation of the Budget 2022-23 on February 1, 2022, believing that certain announcements would benefit the digital media industry. The 5G spectrum auction, as well as the push for rural broadband connectivity, are expected to benefit a variety of digital services, including streaming and gaming platforms, according to the industry.

The plan to establish an animation, visual effects, gaming, and comics (AVGC) promotion task force is considered as a critical step in realising the potential of the animation and gaming industries. The idea to prolong tax advantages for startups for another year has also been praised by the industry. The plan to tax virtual digital assets at a rate of 30 per cent is also seen as a significant step forward.

Effect of the Union Budget

The push for inexpensive, high-speed fixed broadband internet will promote digital content consumption, smart TV penetration, and lead to a much faster transfer of eyeballs from TV to digital in smaller cities. The AVGC promotion task force is also expected to assist the industry in attracting new talent, which will boost innovation in the gaming and animation industries. The gaming, online video, and social media platforms will benefit from the 5G auctions in 2022 and the subsequent roll-out of 5G services in 2023.

Spectrum auctions will be held in 2022 to allow the roll-out of 5G mobile services in India. As a result, Voice, Augmented Reality, and Virtual Reality will gain traction, paving the path for the Metaverse. The digital Rupee, which is based on blockchain, would make it easier for Indians to accept virtual money and will speed up cryptocurrency transactions in the country. Overall, the budget shows potential for electric vehicle manufacturers, digital payment apps, small and medium-sized businesses, the gaming industry and startups.

The government has tackled a number of critical issues affecting the digital economy, including the introduction of digital currency, API-based skill certificates, digital learning channels, and the digitization of manual procedures, among others. In terms of digital connection, the 5G spectrum auctions will finally make India’s dream of becoming a tech-savvy nation a reality, bolstering the country’s digital infrastructure. Additionally, as part of the PLI project, the implementation of a design-led manufacturing scheme for the 5G ecosystem would enable inexpensive broadband and mobile connectivity even in remote locations. The availability of high-speed internet in both urban and rural locations will drive marketers to experiment with blockchain, augmented reality, and virtual reality.

Changes Expected in the Ad-tech Space

The plan to establish an animation, visual effects, gaming, and comics (AVGC) promotion task force is considered as a critical step in realizing the potential of the animation and gaming industries. As a result of the push for rural broadband connectivity, a flood of digital services, such as streaming and gaming platforms, will reach the people. As India’s internet penetration rises as a result of rural broadband connectivity work, advertising budgets for digital media will rise. With the 5G deployment, we’ll see new and developed ad tech platforms that can cater to AR/VR experiences as well as the Metaverse. With the AVGC task force project, the adtech sector will see a surge in employment creation too.

The Union Budget 2022 prioritized the development of a digitally developing economy. The government has begun to focus its resources on creating a speedier and more efficient environment for its citizens. The introduction of virtual assets is intended to strengthen the digital economy. The government has now created a secure framework for these transactions to pass through successfully as a result of the introduction of legal laws.

The article is written by Arpit Jain, Founder and CEO, GreedyGame.