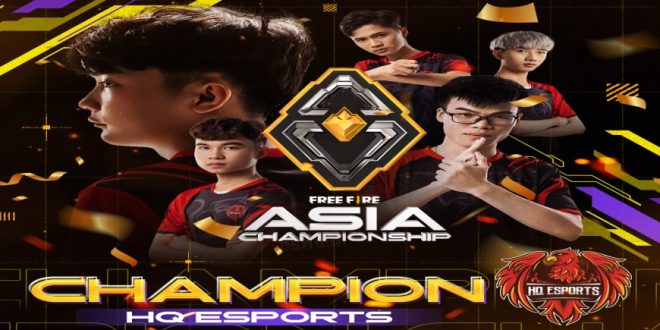 Team HQ Esports from Vietnam emerged as champions of the FFAC, defeating 30 other teams

A month of intense battles and riveting action has culminated in HQ Esports being crowned champions of the Free Fire Asia Championship (FFAC).

The FFAC Grand Finals saw many closely-fought matches, but HQ Esports emerged victorious with 3 Booyahs and 40 kills, which allowed them to register a score of 86 and take home the prize money of US$ 80,000.

HQ Esports faced many challenges in the lead-up to the Grand Finals. The finals tested their mettle but they still managed to consistently play well and score 3 Booyahs even as they faced formidable opponents.

CGGG.Momo earned the title of the Most Valuable Player (MVP) for his outstanding performance displayed during the FFAC, having scored a remarkable 16 kills.

With 86 points, HQ Esports won the championship, with GPX and CGGG trailing closely with 84 points and 79 points, respectively.

The FFAC gathered 31 of the best teams across 7 regions to compete for the championship. FFAC saw incredible action as teams lit the virtual arena ablaze with their competitive spirit and passion.