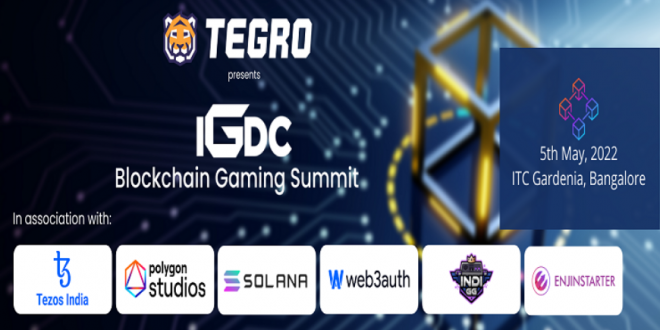 The Blockchain Gaming Summit brought together Indian and International minds in the blockchain and web3 sector network, to share their experiences, expectations, and predictions for the future through and keynotes, town halls, panel discussions and networking sessions. The discussions revolved arround web3 games and NFTs, a postmortem of successful web3 games, how one can take the lunge from web2 to web3, Pros & Cons of different Blockchains & Exchanges, Checklists on launching blockchain games, Tokenamics Design and Community building, Compliance, and Regulations.

Key conversations highlighted the importance of web2 in transitioning to web3 and the role of consumers as contributors and owners within the web3. The community echoed a sentiment of optimism with a myriad of opportunities lined up for the younger generations. The tight-knit web3 ecosystem in India is reported to be thriving and the focus is largely on decentralizing the system for engagement and participation within communities. The sessions also showcased the rise of blockchain gaming, the processes, and its inevitable presence in the mainstream sectors.

With games being an integral part of the web3 environment, the panel discussion covered topics and showcased the need for simplifying the play-to-earn games, while encouraging developers to focus on the development and building of the game over the final yield. Amid buzz around NFTs, discussion surrounding the topic emphasized the need for the economy to be more transparent as art, games and various other elements come into the tokenization of assets. As the concept is gaining enormous momentum across communities, the regulations and participation have been said to be seeing a rapid rise.

The Blockchain Gaming Summit 2022 was supported by Tegro as the Presenting Sponsor of the event. Co-sponsors included Tezos India, Polygon Studios, Solana, EnjinStarter, Web3Auth, and IndiGG.

At the conclusion of the event, Sridhar Muppidi, IGDC Council Member said, “The opportunity presented by Web 3 gaming is immense, and we’re just beginning to tap into it. The Free to Play gaming space has been generating over $100 billion a year in revenue, and Web 3 gaming certainly has the potential to become as big. Just as importantly, India has a massive product and game design skill set, and we have every reason to believe that this talent pool will build amazing and sustainable web three economies baked into games that have high entertainment value”.

“It’s been incredible ever since the organizers contacted us and discussed their ambitions for a conference in the web three, blockchain gaming sector. We leaped at the chance. I’ve been involved with IGDC for 14 years now and have attended every Game Developer’s Conference during this time. We saw this as the ideal chance to expand on what we were already doing. As yo u know, the emergence of web3 is the biggest potential that India has today. India is habituated to follow other’s footsteps. We have always followed and lagged behind the rest of the world when it comes to game development, new technology, and so on. Now that this conference is being organized on such a massive scale, we communicated our belief that we can be world leaders in web three, blockchain gaming. When we created Tegro, we wanted to lead the world in creating sustainable games, particularly in the web3 economy. That is the long-term goal that we are striving towards,” remarked Roby John, Co-founder and CEO of SuperGaming. 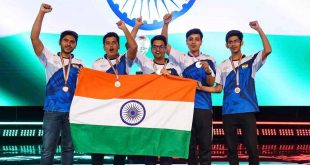 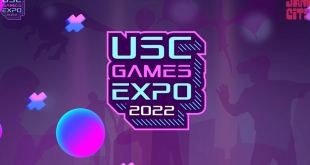