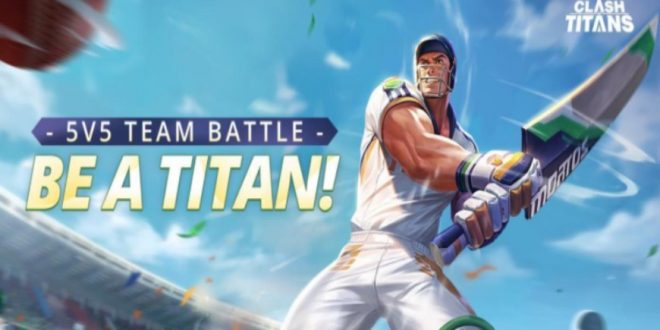 India Gets Its First Mobile MOBA Game, Clash Of Titans

The much-anticipated title, Clash of Titans, which is customised for Indian users, was recently released in the country. The game, which hit Android and iOS platforms on December 23, 2021, is India’s first-ever Multiplayer Online Battle Arena (MOBA) developed solely for mobile/handheld devices.

Many gamers have enjoyed the palpably thrilling MOBA format across India on their PCs. Clash of Titans supplements the dynamic MOBA game-play experience on mobile phones for Indian gamers for the first time, allowing the players to enjoy the game anytime and anywhere.

MOBA games are an exhilarating, combative, and strategy-based gaming genre where two teams of players compete against each other on a predefined battlefield. The vantage standpoint strategizes the ultimate objective, which is to destroy the opponents’ main edifice, located at the opposite corner of the battlefield. The game is designed in a way that players can use only two fingers on their mobile/handheld devices to control their characters and engage in combat.

‘Titans’ are the warrior’s players can use to win these exciting MOBA battles. Multifarious character roles are classified within the game, and there will be new Titans released in the game every week. Each titan comes with its own special abilities and can be used for meticulously planned attacks on the opposition. The game’s extensive Titan roster includes the ever-reliable tanks, heroic warriors, astute assassins, enchanting mages, tactical marksmen, and proactive support titans.

The fluid interoperability is augmented within the game through a bouquet of features specifically designed to provide the ultimate immersive experience for gamers. Some of the features include:

Classic 5v5 MOBA battle: Countless Titans are available to join the battlefield; they can be spruced up with newfangled skins to make them battle-ready.

Inflict massive damage: Feel the power course through you as your Titan combines attacks to defeat multiple enemies in quick succession.

Invite your squad to team up: The fantasy world of Clash of Titans provides users with a chance to experience the thrill of battle with friends. Team-up with your squad, anytime and anywhere.

Strategise and win: Construe the classification of Titans better than your opponents. Strategise assiduously to win battles. Players can unlock a sea of new titans accrued through gameplay. Additionally, there will be limited-time events that allow players to unlock Titans, skins, and other rewards for free.