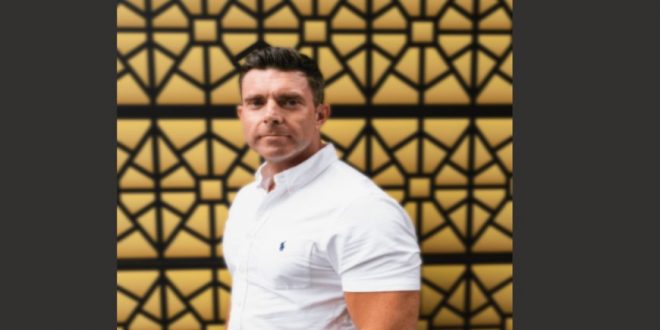 India Is A huge Market With Rising Appetite For Gaming: Stewart Neal

India is a huge market with a growing appetite for gaming. Thus, there is a need to improve the services. Gamers have long been looking forward to the creation of an ecosystem that allows them to play games across console, PC, and mobile, said Stewart Neal, Studio Director, Sumo India Studios in an interview with BW Gaming World. Edited Excerpt:

Q1. Do you think India is becoming a host of console gaming developers, if yes how?

Ans- India is well on its way to become a host for console game development companies. Game development companies grew from a mere 25 in 2010 to 275 in 2019, and there are now over 400 gaming companies in India.With such an increased interest in mobile gaming, this has also started to drive interest in console games, as players explore further options for gaming platform. Currently, the sales of Xbox Series X and PlayStation have broken all the previous records for console launches and this is despite the stock shortages.

The sales of these consoles are catching the attention of major game developers and increasing opportunities for investment in the Indian market. Here at Sumo India, as a development studio with 15 years of experience creating console games, we’ve had the pleasure of working on some of the biggest and best AAA video games in the world.

Q2. What according to you are the ways to bring consoles to the forefront of gaming in India?

Ans- India is a huge market with a growing appetite for gaming. Thus, there is a need to improve the services. Gamers have long been looking forward to the creation of an ecosystem that allows them to play games across console, PC and mobile.

The goal is to be able to play anywhere as per the comfort of the player, without having to make multiple payments for the same title multiple times, and cross-platform could be one of the major solutions. If a PS5 player could play a game competitively with an Xbox player, it would be amazing and that is what I love about gaming. It’s constantly evolving.

Secondly, the industry would also benefit from a strong marketing presence for releases in India, similar to the way we see Bollywood movies being marketed today. Utlising trade marketing practices and promoting console games through mainstream media could massively help to bring console gaming to the forefront of the Indian market.

Aside from this, subscription services hold the potential to further drive interest in console gaming, not just in India but across the world. Services such as Xbox Game Pass and PlayStation Now have been revolutionary introductions for the games industry, offering a totally new way for players to engage with both the latest releases and all-time classics.

Q3. How does Sumo make a difference as far as gaming is concerned?

Ans- At Sumo India, we are committed to supporting developers entering the gaming industry through education. We have specifically curated a trainee program in which we offer holistic training and help them grow professionally.

They get an opportunity to connect with our people across levels, and eventually transform into the talent of the future. At Sumo Digital, we are hoping to continue to explore further opportunities through Sumo India? and boost the growth of the gaming industry. Additionally, we are also keen on hiring and welcoming new talent to join in our journey.

Q4. What are the major changes you have witnessed in the gaming industry pre and post COVID-19 era?

Ans- The COVID-19 pandemic and the resulting nationwide lockdown have affected a variety of businesses. However, on the contrary, several industries have benefited from the pandemic. The video game industry, for instance, boomed significantly. When the country was shut down, people had no choice but to stay indoors – hence why the interest in games grew exponentially. This further led to a surge in the increase in games downloads traffic.

During this time the perception of Indian audiences towards gaming evolved considerably and they now view online games as the go-to source for entertainment. The Industry is growing at a significant pace and offers an ocean of opportunities for development.

Q5. Tell us more about the increased interest in console gaming arising due to the rise in mobile gaming?

Ans- The Indian gaming industry has traditionally revolved around mobile gaming. However, mobile gaming is helping console gaming to grow as well, the pace is gradual but steady.

I would like to bust the myth here that the slow growth is not because console games cannot compete with mobile games. This slower growth happens because of the higher cost of console games. However, as mentioned above, with the easy availability of high-speed internet and the rising internet connections, the mobile gaming industry is booming.

The pandemic also had a major role to play in the growing prominence of mobile gaming. As a result, PlayerUnknown’s Battlegrounds (PUBG) and other mobile games have witnessed a surge especially amongst the youth. With this increased interest in mobile games, the interest in console games has also spiked.

What is indeed noteworthy is that with success of PUBG, developers are now making efforts to shift the audiences’ interest and awareness towards console gaming.

Ans- We have been expanding significantly. We launched the Sumo Bengaluru studio last year and are making efforts to facilitate its growth.

Previous Real Cricket Strikes Big With Fans; Garners Over 100,000 Participants
Next The Rise Of Gaming Creators In India