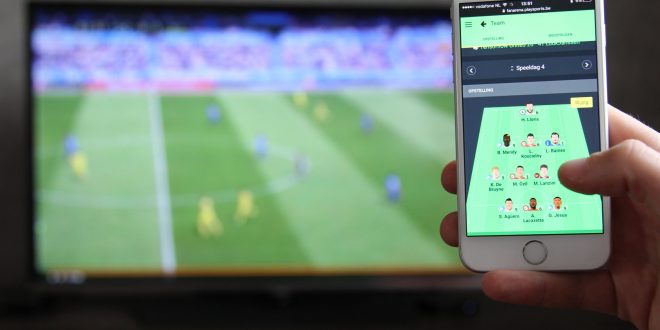 The Federation of Indian Fantasy Sports (FIFS), India’s first & only self-regulatory industry body for Fantasy Sports, today concluded the 4th Edition of its flagship event – GamePlan – that witnessed the launch of ‘Online Fantasy Sports: Creating a Virtuous Cycle of Sports Development’ – a joint industry report by Deloitte and FIFS, and several engaging discussions and views on the economic impact of online fantasy sports (OFS) in India and how it is fuelling sports growth through fan engagement. Recognising the outstanding work done in the Indian OFS industry, one of the most notable keynote speeches was made by Jayesh Ranjan, Principal Secretary of the Industries & Commerce (I&C) and Information Technology (IT), Government of Telangana. Justice A N Mittal, Chairman, UP Law Commission; Deepak Bagla, MD and CEO of Invest India; and Justice (Retd.) Arjan Sikri also put forth their views on the impact of OFS on the economy, its role in sports development and the current legal landscape.

Talking about the future of OFS in the State of Telangana, Jayesh Ranjan, Principal Secretary of the Industries & Commerce (I&C) and Information Technology (IT), Government of Telangana, said, “We are aware of the regulatory issues which are there in the world of fantasy sports. I know that there are court judgments, there are different orders, and the scenario is a bit muddied and complicated at this point in time. I admit that there has been a push back in Telangana in the past about some forms of games, particularly games of skill, fantasy sports, etc. that have to be encouraged. I have taken the responsibility to introduce a very simple and industry-friendly piece of regulation in place of what already exists. I have consulted everyone who is involved in this domain, including representatives from the FIFS.” He also added, “I can assure you that we will see a piece of regulation where not only self-regulation, but development will be encouraged. We need to remain patient with what comes up from Telangana. I am very confident that this will be some kind of a role model for all other states also.”

Amrit Mathur, FIFS Spokesperson (Member of Fantasy Sports Regulatory Authority), said, “Fantasy sports have emerged strongly in the last few years, so much so that it has contributed to the growth of the overall sports ecosystem of our nation. OFS engages fans with real-life sports such as cricket, volleyball, football, basketball, kabaddi, etc. by providing a platform to create their own virtual teams containing counterparts of real-life players from both the teams participating in an upcoming officially sanctioned match. This is the key distinguisher for Fantasy Sports from online gaming.” He further added, “We want to build a system of continuous and constructive engagement with all the state governments, which is an ongoing dynamic exercise. We’ve been receiving tremendous support from them to be able to execute this.”

The last session of the event on the evolving legal landscape of OFS saw a focused discussion on the recent Hon’ble Supreme Court judgment that reaffirmed the legality of fantasy sports format, as offered by Dream11 basis the FIFS Charter, and upheld the judgment passed by Hon’ble Rajasthan High Court. These judgments are instrumental in legitimizing the business and reducing the ambiguity around the industry. Given that the Public Gambling Act of 1867, which has been adopted by most states, was framed during an age with no technology, Mr. Gopal Jain, Senior Advocate, Supreme Court of India, emphasized that there is a need for the Central Government to collaborate with the State Governments to remove extant ambiguity and allow for industry’s growth.