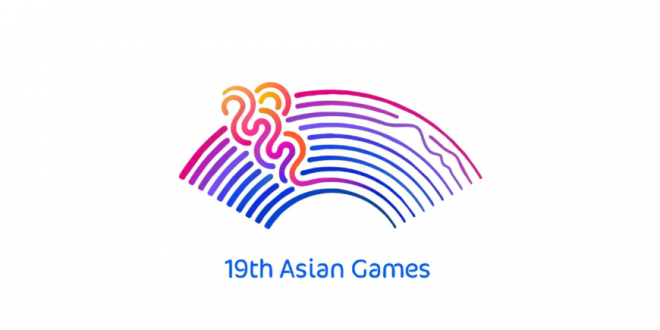 The Olympic Council of Asia (OCA) announced the new dates for the 19th Asian Games, which will now be held in Hangzhou from 23rd September to 8th October 2023. The 19th Asian Games was originally planned to be held in Hangzhou from 10th to 25th of September 2022, however, due to the COVID 19 global pandemic the Games were postponed by the OCA Executive Board (EB) on 6th of May 2022 and a “Task Force” was created by the Executive Board to finalise the new dates for the Games.

Earlier, following eight days of high-voltage competition and nail-biting action in the ESFI’s National Esports Championship 2022 (NESC ’22), the winners have been selected to represent the country at the prestigious continental tournament.

As esports is going to make its debut at the Asian Games 2022, earlier in 2018 it was there as a demonstration title. Indian Esports contingent for the Asian Games 2022 expressed their happiness on receiving extra time for preparations to the mega-event.

“Initially, I was a bit disappointed when we heard the news about the 2022 Asian games being cancelled but now that we know that they are finally being conducted next year I’m more than happy and confident as we will be getting more time to practice for it,” said FIFA22 athlete Charanjot Singh.

“We will utilise this long time in more practice and playing with different FIFA athletes across regions to ace our game. Next year, we will be more prepared mentally for the Asian games and do our best to get the gold for India,” he added.

“This is really good news and I’m super excited to finally know the exact date of when the Asian Games are happening. Although it’s still more than a year’s time, but I’ll be able to better prepare myself for the tournament itself. I can keep grinding till then,” said Street Fighter V athlete Mayank Prajapati.

“I can use this time to prepare for all the matchups and play with more international players to improve my gameplay. More time means more practice against different players to more level up my game,” he added.

“It was expected to be postponed to similar dates next year to avoid conflict with other sporting events. It is good that we have definitive dates finally; it will help us schedule our practice timeline accordingly. We are still waiting for the schedule of RDAG Regionals which will happen sometime in between. Based on the dates of the Asian Games and RDAG Regionals, there are going to be two phases of preparation. I am already practicing my game and focused on upskilling at every level. And, having final dates in mind surely helps in the process,” said Shikhar Choudhary, Indian Hearthstone contingent member

“Since the event is now postponed till the next September, I am glad we have confirmation that the event is indeed going to happen and not in an online fashion. We’re going to utilise this time to the fullest and prepare ourselves for the mightiest of battles. The stage, the audience, the cheers! We are all looking forward for this very moment since we as a team haven’t been able to experience the intensity of LAN events. We also wish China a hearty recovery during these tough times,” Akshaj Shenoy, Team India League of Legends Captain

“Well, it’s a long time before the event but we will be practising and trying to improve as much as we can before the event since our team has 3 new players so it’s a good thing for us as it gives us time to prepare ourselves and improve our coordination with the new mates, ” said Moin Ejaz, Team India DOTA 2 Captain

“The grind will remain the same as our everyday practice of 6 hours with the team. And we will focus on other events as well to get the much-needed experience & exposure to ace our gameplay and grind our way to achieve more victories for our team before going for Asian Games next year,” he added.