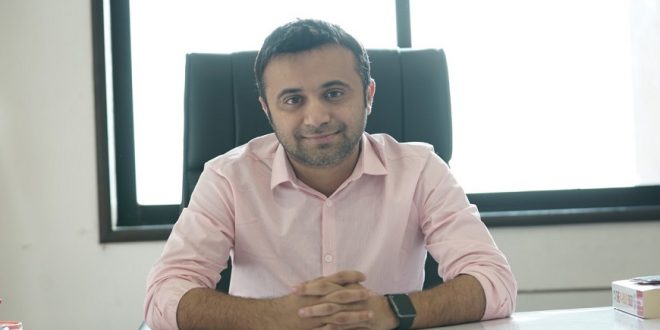 India has not been able to still make that impact in global esports like the developed e-sports markets like Europe, US or even Southeast Asia. The reason being is the incubation structure is still not in place, said Soham Thacker, CEO, Gamerji. Edited excerpts:

What are the most recent developments at Gamerji?

Gamerji has launched operations in the Middle East and seen exceptional growth in a short time of 3 months. The company has 100k+ gamers in the region and will be eyeing South East Asia expansion once they’ve solidified their position in the Middle East. Gamerji is targeting to reach 8 million users and aims to host more than 700 tournaments daily on the platform in 2023.

What does Gamerji offer e-athletes, if I may and what was the vision behind Gamerji?

We are an amateur e-sports platform conducting more than 300 tournaments on a daily basis. We give aspiring and amateur audiences in the e-sports segment opportunities to showcase their skills, build their stats and eventually go on the path of increasing their levels and hopefully get scouted for pro leagues.

That is the vision with which Gamerji started. There is also more of a community approach as well, where you can check out other people’s stats, build a community with your own plans, and invite other people to follow you.

Where do you think India stands in global competitive esports?

India displayed its talent at the Commonwealth Games where the Indian DOTA 2 team won a bronze medal but from an infrastructure level, the bottom ladder is completely missing in e-sports. You will see only certain teams which have been doing exceptionally well since the last four to five years. The entire journey of scouting or even bringing someone playing from their bedrooms all the way up to the arena is completely missing. Hence, with that initial infrastructure missing, real talent is still to be discovered.

India has not been able to still make that impact in global esports like the developed e-sports markets like Europe, US or even Southeast Asia. The reason being is the incubation structure is still not in place. The right set of incubation and the right set of scouting is something which e-sports currently lacks. But then again, India does have good talent and hopefully, we’ll do better.

In the mobile game segment, we definitely stand a better chance than we do in PC or console games. However, time will tell how we are going.

How do you think we can bridge this gap? Do you think that we have scope for development?

I think there’s a scope for it in the next five to seven years with the amount of money that has been poured into this space. Not only in India, but even globally as its presence started to get noticed, tournament and their price pools are beating even conventional sports.

If you look at any other conventional sports, there’s always an authorized body that channelizes that entire journey. If you look at the BCCI, it knows that it has to scout players from a certain level. There are scouting teams. There are college tournaments that they kind of co-sponsor and promote the entire sport.

Unfortunately, in India, that authority body is not present at the moment. If there is a proper direction that is given to esports, then it has tremendous potential.

Most of the games have the largest number of active audiences from India. Whether you talk of Call of Duty, Free Fire Max or Clash Royale, these games have an immense audience in India. It just needs to be channelised that’s all.

In terms of job creation, where do you think gaming will stand in the Indian market?

When you talk about careers in gaming, it does not only involve playing games. It involves game development, designing, animation, and technical support. From an educational standpoint, there is coaching, building arenas and building the right set of hardware. From a person owning a cyber cafe all the way to being a gamer or even a game developer or a publisher, there is a career in every single element that falls under the gaming industry.

So, there is definitely a huge potential when it comes to gaming as a career. There are different avenues a person can pick. Esports, in particular, only involves athletes, production or streaming but the gaming industry, in general, has a lot of avenues that can be explored.

What are your plans in terms of utilising the pre-series A funding?

We’ll be using the funds for three different areas. Besides using the funds to strengthen our tech backbone, we’ll also be looking to reach optimum traction from India. Finally, we are going to be using about half of the funds towards gaining market share and capital of quality playing audiences from MENA & South East Asia, which is going to be the major focus area of the funds’ deployment, where we are starting to conduct cross border tournaments.

Your thoughts on companies using huge prize pools to attract gamers to come and play in their tournaments?

We are not an RMG platform. We don’t believe in cash-in and cash-out. We completely work on stats and on generating skills and potential as a gamer. We don’t work on a cash prize pool. We complete work on our reward points because those reward points can be redeemed for brand partner vouchers. To be honest, it was a good pivot that we took early last year to kind of steer away from because I don’t believe esports should be looked at as a source of income, it should be looked at as a long journey that elevates your skills.

You don’t play cricket just because you want to make Rs 500 against the other team. You play because you love the game and want to improve yourself. The same thing goes for esports. With this vision, we have completely pivoted out of RMG for a while now. And fortunately, that also opened doors for us in countries like UAE and Saudi Arabia, where obviously RMGs are a definite no-no.

What do you think of gamification? Helpful or hype?

So definitely whether you talk about education along with gamification, it’s definitely something which will bring in more user retention. It is something which if overdone, it can completely change its trajectory and become a diversion. However, if you just do it right, it is a winner.

How the mobile gaming bans (such as BGMI) impact the e-sports and gaming industry in India.

We are at a critical juncture in the growth of e-sports in India. Sudden banning of popular sports like BGMI, and PUBG mobile can lead to an adverse impact on the Indian e-sports ecosystem and affects gamers, creators, viewership & player base. However, we’ve noticed that gamers switch to other titles when one game gets banned. As a tournament platform, we ensure that our dependency on one game is not very high and hence situations like these don’t leave a big impact on our tournament business.

Avatar Based Identities Is The Future : Siddharth Puri, Co-Founder and CEO, Tyroo

According to you, what will digital marketing look like in the coming years? We believe …