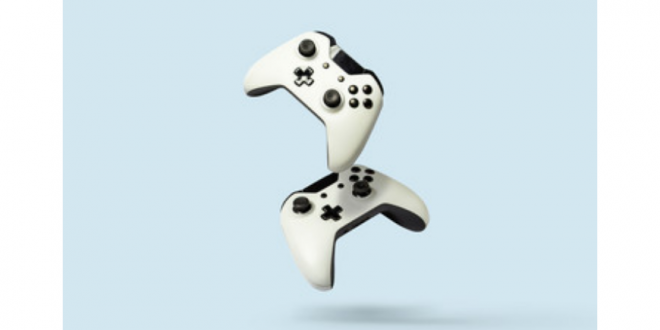 Amid the ongoing Coronavirus pandemic, the Indian gaming community has witnessed a plethora of campaign launches, application releases, brand associations and industry awards these days. These activities involved both national and international entities, with a motive to reach out to all of India through the myriad languages across cultures.

Tarun Gupta, Founder, Ultimate Battle, an esports platform, states that recent reports show rural internet subscribers rising at a rate of 25 per cent compared to 21 per cent of urban internet users. “We have 20+ official languages with 75 per cent internet users using Hindi or their native language for use of services, the demand to cater to the vernacular market is growing high. We can also see this with how Google search and many startups have structured their services to support multiple local languages,” Gupta said.

“At Ultimate Battle, we design our ad units in multiple versions supporting different languages which expands our overall audience targeting,” he asserts adding, “We are focusing on vernacular SEO optimization which makes our product and services available in languages the audience is comfortable in.” And indeed it is to the states that gaming brands, developers, talent agencies, and other players are looking for their champion audiences.

“Whatever people may say about the gaming communities and infrastructure being in metros, the truth is that the vast majority of gamers are out in Tier-II, Tier-III cities, and it is completely Mobile First. They have their own circles, are comfortable conversing in their own languages and that is definitely the biggest audience we’ll be reaching out to whether in Kannada, Gujarati or Odia,” says Sagar Nair, Co-founder-CEO of Qlan, an interactive social networking app dedicated for gamers. The app was launched on Google Play Store with 50,000 pre-registrations last Thursday and plans to roll out its upgraded version this week.

“The platform is meant to bring together the entire institutional set-up including the trainers, the talent agencies, the tournament selectors, and provide gamers with all the facilities in the manner in which they are most comfortable. There are a host of regional tournaments held in vernacular where players shine, and we want to bring everyone on to the same page,” says Nair, pointing out that while there are 11 Indian cricket players, there’s an entire support system in play behind them.

According to the recently released BCG X SEQUOIA Mobile Gaming Report, “Mobile gaming expected to triple to a $5Bn+ market opportunity by 2025 –  300Mn+ user base, growing with ease of access; spike in new adoption; leading companies actively shaping market evolution with increased marketing spends. There is an unprecedented level of investor interest indicative of high expected growth in the industry – 33 per cent of all funding for gaming in India came in Q12021”.

Abhishek Aggarwal, Co-founder and CEO, Trinity Gaming notes that it is interesting that esports streaming in India is popularly done in Hindi, followed by Tamil, and then comes English, and says it denotes the strength of the local language and how the vernacular market is vital in the gaming ecosystem. “At Trinity Gaming we have gaming creators exclusively signed, who can take the vernacular market in the gaming segment to new heights. With vernacular streaming rising, it will break all the shackles of the communication barrier and enable more gamers to join the industry.  In the coming years, the vernacular market will definitely become a strong pillar of its growth,” he says.

One of the country’s top gaming talent management agencies, Trinity is also a Creator Service Provider (CSP) for Facebook and is responsible for the Facebook Gaming Partner Program in the Indian Region. Aggarwal adds that the company’s R&D team is working extensively to identify the capable content creators who are doing well in their respective regions and especially in their native languages.

“We aim at building a stronger esports community and hence we hope to eventually take on board these vernacular creators who will support us in building a more diverse esports community. We plan on associating with them, training them, supporting them, and providing them with the best possible brand collaborations so that they can easily monetize their craft and brands can also reach out to a streamlined audience group” he says.

Nair said that his company is planning a similar strategy, concluding with a story. “When we were still in the process of launching, a young gamer from Tamil Nadu contacted us and said he wanted to make a Facebook page for us in Tamil. After some discussion we allowed him to do it, and he made a great page. A couple of days later someone from Odisha reached out and said they wanted to do the same thing in Odia, and just recently someone from Kerala reached out and said he wanted to do one in Malayalam. The market is reaching out to us even as we’re reaching out to them.”