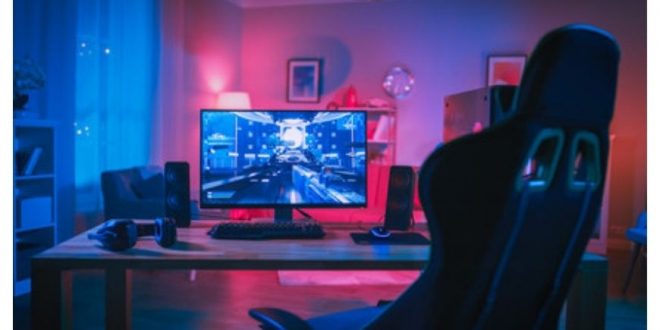 From metros to rural areas, online gaming has been galloping along in the country, with almost half of the Indians with a Smartphone indulging in the sport. Catapulting India to fifth place in the online gaming market globally, skill-based gaming is clearly one of the sunrise sectors of the country’s economy today, registering over US $1 billion in annual revenues and giving rise to many unicorns over the last few years.

The potential of the gaming sector has attracted significant investments, already scaling US $500 million. According to KPMG, by FY 2025, online gaming will be a US $3.9 billion opportunity in India, with 657 million users participating in some form of gaming or the other. The industry, still nascent at just around a decade-old, saw a sharp jump in numbers through the COVID-19 pandemic, with gaming platforms witnessing nearly 50 per cent growth in new user registrations and around 20-per cent increase in terms of daily active users. At an estimated CAGR growth of 22 per cent, the industry is poised to become larger than the radio and music industries combined over the next few years.

By 2024, the online skill gaming industry is expected to employ around 2 lakh people and e-sports will also be a medal event at the 2022 Asian Games. Previously, in 2018, nine Indian e-sports players participated, winning a bronze medal for the country.

Despite these heady numbers and encouraging growth, the blurring of the line between online skill gaming and gambling (or a game of chance) has led to some states announcing bans on the activity, despite repeated judgments to the contrary by many of India’s regulatory bodies, including the Hon’ble Supreme Court and several High Courts.

Indiscriminate banning is certainly not the answer – all this does is unnecessarily stifle the growth of a legitimate industry sector and spur underground illicit activities. Responsible gaming must be encouraged along with self-regulation to make the Indian e-sports and online gaming industry a true global contender. The industry needs the right regulatory framework to flourish so that our home-grown ‘athletes’ make India proud on international platforms. Online gaming is set to generate a total economic impact of over US $1.3 billion in the next four years through investments, direct industry revenues, in-app purchases and other revenue streams.

According to the recent All-India Gaming Federation-EY report, titled ‘Online Gaming in India – The GST Conundrum’, the country has over 400 gaming startups in India. The segment is also expected to generate over US $100 billion in economic value for India between FY 2021 and FY 2025. The tax revenue generated by the industry and its ancillaries is expected to touch over US $100 million by FY 2025, according to a recent EY report. In fact, growing at an expected CAGR of 61 per cent for the next few years, online gaming is expected to outdo the Indian Premier League (IPL), which is expected to grow at around 17 per cent. While revenues from online gaming are expected to grow significantly by FY 2025, it would remain largely stagnant for the IPL.

It is important to understand that online gaming involves the innate skill of a player, much like any traditional sportsperson, who rises through the ranks by sheer practice, repeated training and competitive playing. In fact, online and traditional sports both require tournaments and championships to test skill and competency, using cognitive and motor skills, besides strategizing to gain a competitive edge over other competitors.

As mentioned, the country’s regulatory framework has repeatedly differentiated between games of skill and games of chance. Online skill games involving an entry fee, which employ preponderance of skill (as opposed to chance), are perfectly legal in the country. It is unfortunate and incorrect that when mobile and online games are played on a transactional basis, it is sometimes named as ‘gambling’. We need to understand the skills involved, which have led to the professionalisation of the industry. Paying registration fees online is definitely not the same as betting. Gaming companies charge a fee for providing a platform to users playing on its application and due GST levies are paid to the exchequer, which is growing year on year.

Several countries such as the United States, China, Germany, South Korea and Sri Lanka have recognised online gaming and e-sports as a professional sport, creating policies to support and promote these growing industries. The US and Germany also grant players special visas that allow them to participate in e-sports tournaments internationally. It is time for India to recognize a legitimate industry and grant it due status on all fronts to allow the industry to thrive, generate job opportunities and result in greater revenues for the authorities.