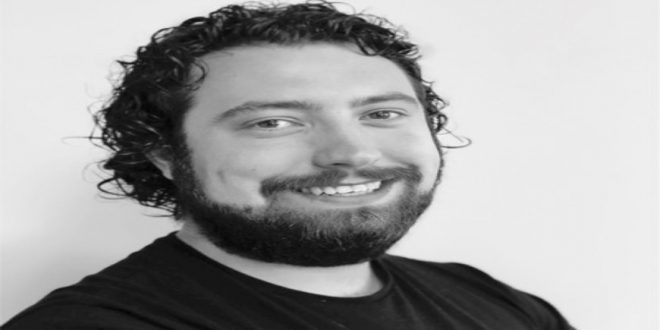 We have created technology that allows developers to upload their games just once and distribute them to many different channels around the world, said Mike Hudson, Co-founder and CEO, GameBake in interaction with BW Gaming World. Edited excerpts:

Q1. Tell us about GameBake, especially for those who don’t know.

Ans- GameBake is an exciting new technology that is changing the way game developers distribute and monetise their games. We saw a problem in the industry that was really stopping developers from accessing huge markets globally and wanted to solve it, and we have!

We have created technology that allows developers to upload their games just once and distribute them to many different channels around the world – such as app stores, social media platforms and web gaming platforms – without the need to deal with the many new technologies required to deploy to these channels. With GameBake it is simply uploaded and started distributing and that is how simple it should be.

Q2. How and to what extent does GameBake contribute to the gaming and esports industry in India?

Ans- We have been very much in a research and development phase within the Indian market for the last year to a year and a half, and it is within the last 3- 6 months that we have started to make some moves to connect and support the amazing Indian gaming channels that exist.

We see the Indian market as having huge potential, not just in the future, but right now. There are already at least 420 million online casual gamers in India, most of whom play on mobile, and room for more rapid growth. Our aim is to work closely with the best companies locally such as the likes of JIO and MXPlayer to leverage their knowledge and expertise to help us open up the door to the Indian market for our many partners globally.

Q3. What are the major post-Covid-19 changes you have witnessed in the gaming industry?

Ans- Well, unlike many industries during Covid, gaming experienced greater growth as most of the world was told to stay at home – and what better way is there to pass the time? I think there are some big shifts in how many companies are approaching their teams’ work-life balance post-pandemic though. In the games industry working from home has always been possible, but now I would say it has become a preferred option for many to boost their creative freedom and hopefully give them the flexibility of a more balanced lifestyle.

Otherwise, from an industry perspective, I’m seeing continued growth. In India specifically, there is a clear trend of making more gaming content domestically, with amazing studios popping up every day, and that is a good thing not just for India, but for the industry globally.

Q4. What according to you is the present state of game developers in India? Do you think we have achieved a mark or still have a long way to go?

Ans- Until now, I honestly believe India has been seen more as an outsource option for gaming and tech in general. There’s nothing wrong with that at all, but it definitely had an effect on how the industry globally perceived Indian studios.

Now though, with more and more exciting studios forming, receiving funding and launching new and awesome games into the market, I believe that perception is changing. Indian studios are starting to be taken more seriously on the world stage and that is how it should be. The talent pool is huge within India and now, with more investment starting to find its way into the market, I can only see the ecosystem within India going from strength to strength.

Q5. Can you shed light on alternative Android stores in India?

Ans- Alongside local services such as Jio and MXPlayer which I mentioned previously, Indian users have adopted in much greater numbers the native app stores that device manufacturers have created, so I’m talking about Huawei, Xiaomi, Oppo. Google Play still has a large market share within India but it is declining and with these “alternative” stores focusing on how to attract the local users and provide them with what they want, instead of the more global approach Google Play has, it means the opportunity to scale games more cost-effectively and profitably across alternative channels can be very lucrative and it is this opportunity that GameBake is exploring and aiming to really open up this year.

Ans- Expect GameBake to be at the forefront of emerging technologies and channels within India as I genuinely believe that India, as a market has barely got, started yet relative to its vast potential. We are working hard to demonstrate that GameBake is the premier option to distribute your games into this fast-growing and very exciting market. Keep an eye out for GameBake in the coming months as we help to bring more amazing games to users across India.