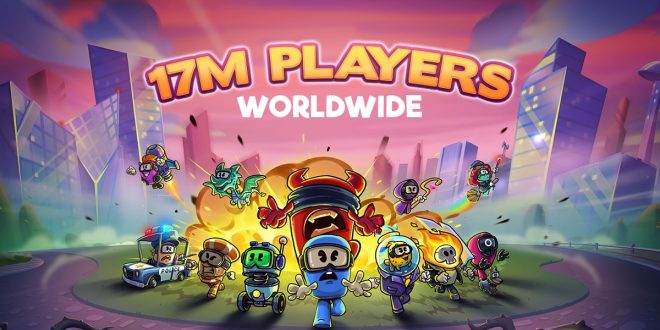 Silly Royale, a mobile games from Indian studio SuperGaming has touched 17 million players worldwide. Over 5 million people played ‘Squid Royale’ over the course of three seasons, which was an adaptation of the hit Netflix series ‘Squid Game’.

The players spent 48 minutes in Silly Royale on average and a total number of 1.5 million matches were played in the process.

“The most surprising fact was that our players are using Silly Royale as a space to hang out with friends, clocking in more than 165 million voice minutes since we introduced this feature,” said Christelle D’cruz, General Manager and Co-founder, SuperGaming.

“We love the way our players have interacted with the original modes of the game and their response to Squid Royale too,” he added.

Besides India and other Asian countries like Indonesia, Vietnam and the Philippines, Silly Royale has also become popular in the USA, Brazil, Argentina and Italy.