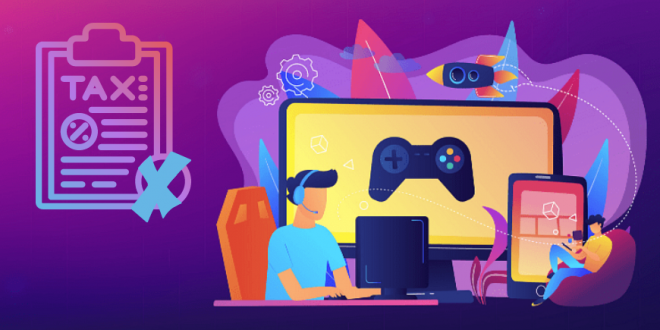 A Group of State Finance Ministers (GoM), led by Meghalaya Chief Minister, Congrad Sangma formed to advise the Goods and Services Tax (GST) Council on the taxation of casinos, race courses, and online gaming, has made its recommendation of increasing the existing tax rate from 18 percent to 28 percent. “The panel is unanimous on hiking the GST rate for casinos, race courses, and online gaming from 18 percent to 28 percent,” said West Bengal Finance Minister Chandrima Bhattachary, and member of the panel.

However, the online gaming industry and trade bodies have sternly pushed back on the proposed hike citing fear of industry degrowth, and the possible proliferation of a parallel black market.

“The current rate of 18 percent should be continued, as a higher rate of tax, would not only be against the spirit of levying GST, but would also conclusively render the legitimate platforms’ business model unviable, thereby reducing revenue for the state, and lead to the proliferation of a black market,” said Malay Kumar Shukla, Chief Legal and Compliance Officer, Games24x7.

Currently, online gaming is being taxed at 18 percent on the commission collected for each game. The latest proposal by the GoM recommends levying GST on 30 percent of the entry fee, along with a 115 percent surcharge. The Industry, however, believes that GST should only be charged on Gross Gaming Revenue (GGR).  GGR, also referred to as Game Yield, is the difference between the amount of money players invest in a game minus the amount that they win.

“There needs to be specific valuation rules to include in the case of gaming industry. GST should be charged only on the gross gaming revenue(GGR), as that is the actual revenue derived by the operators,” said Mr. Abhay Sharma, CMO, MetaOneVerse.

Leading international markets such as the United States, United Kingdom, Australia, and Germany have maintained a tax rate between 15 to 20 percent while withdrawing taxation on prize pools. “We’ve seen internationally that markets which started taxing the prize pool instead of the GGR have had to revert back to taxing only to GGR as it resulted in non-compliance, revenue leakage, and grey markets,”  said Gopal Jain, senior advocate at the Supreme Court.

The Internet and Mobile Association of India (IAMAI), has written to the Finance Ministry as well as the GST Council, urging that only GGR should be considered for levying GST. “Taxation on GGR would aptly reflect the economic reality of the transactions,” IAMAI stated, adding that “the current practice of adopting GGR as the valuation for the concerned supplies made by the online gaming operators should be continued and clarity be provided on the same.”

The industry also believes that the clubbing of all online games under one bracket undoes the distinction established between Games of Skill and Games of Chance in accordance with recent court judgments. “A Game of Skill is when success depends principally upon the superior knowledge, training, attention, experience, and adroitness of the player. A Game of Skill will have a predominance of Skill Factor,” The Supreme Court Of India had noted in the case of  Avinash Mehrotra (Dream 11) versus The State of Rajasthan.

“The burgeoning potential of the online gaming industry in India needs to be tapped rightfully. It is necessary that games involving predominance of skill should ideally be taxed at 18 percent on the platform fee,” said Rameesh Kailasam, CEO of IndiaTech.Org.

“The proposal, in essence, removes the established distinction between games of chance and skill. Games of skill should continue to be viewed through a different lens.”, added Mr. Rishabh Bhansali, Co-Founder, FanClash.

“28 percent is very high compared to the total performance points. For the gaming industry to perform, the demarcation of the contribution, in terms of skill and monetization-based games, is critical. This increment in taxation will definitely raise a lot of disturbance in the gaming sector.”, adds Mr. Yash Pariani, Founder and CEO, House of Gaming.

‘The online gaming industry should be prepared to pay their fair share of taxes to the exchequer and contribute to nation-building. 28% tax on the gross gaming revenue or platform fee earned by the gaming companies is reasonable given that several other industries including automobiles, cement, aerated beverages, etc. also pay the highest slab of tax.”, said Jay Sayta, a technology & gaming lawyer.

The online gaming segment is expected to reach INR153 billion by 2024 at a CAGR of 15% to become the fourth largest segment of the Indian M&E sector, driven by innovations across Non-Fungible Tokens (NFTs), the metaverse, and esports, according to a report published by Ernst & Young (EY) in partnership with Federation of Indian Chambers of Commerce & Industry (FICCI).