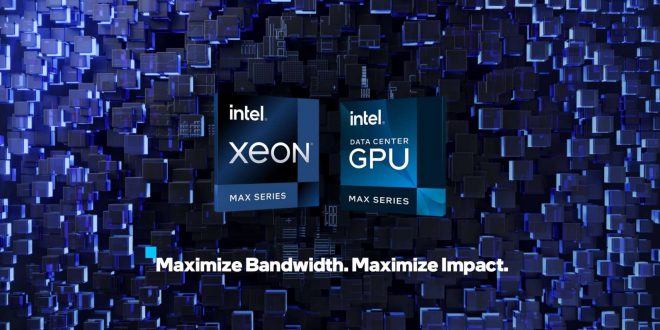 A few features of the Intel Xeon CPU Max Series to put things in perspective.

There is 68 per cent less power usage than an AMD Milan-X cluster for the same HPCG performance. AMX extensions boost AI performance and deliver 8 times peak throughput over AVX-512 for INT8 with INT32 accumulation operations. The CPU allows flexibility to run in different HBM and DDR memory configurations. when it comes to workload benchmarks,

The Intel Max Series GPUs, on the other hand, deliver up to 128 Xe-HPC cores. Additionally, the Max Series GPU features 408MB of L2 cache, the highest in the industry and 64MB of L1 cache to increase throughput and performance. The only HPC/AI GPU with native ray tracing acceleration, designed to speed scientific visualization and animation. In terms of workload benchmarks: