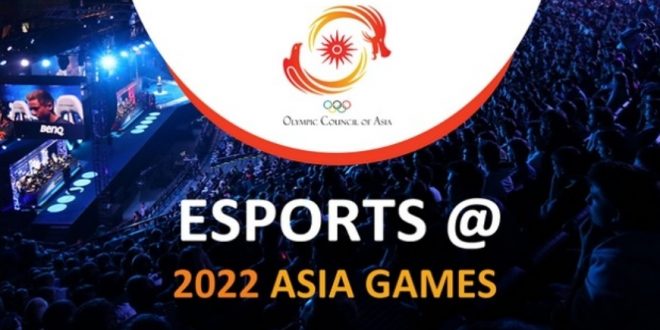 Is India Prepared For Esports In Asian Games 2022?

ESports is all set for its grand debut at the Asian Games 2022 with medals being awarded in eight games. The recent announcement from the Olympic Council of Asia (OCA) has created a stir in the industry, with a lot of hopes and expectations.

However, keeping all the hype aside, one question that arises is how many of these medals can India win?

Lokesh Suji, Director, Esports Federation of India & Vice President of the Asian Esports Federation (AESF) while talking about how much India is prepared for Esports in Asian Games 2022, said, “There is no dearth of talent when it comes to esports; having said so there is a lot of work that needs to be done in terms of their skills (game and psychological); we are working on some programs which will aid our esports athletes. ESFI is also waiting for clarity on PUBGM (Asian Game version) and AOV (Asian Game version) as these games are banned in India. Asian Indoor and Martial Arts Games 22 (Thailand) will be a precursor to what we can achieve in Asian Games 22.”

A country like India has a strong user base of gamers who have participated in different gaming competitions.

Tarun Gupta, Founder, Ultimate Battle said, “Esports in India is still at its nascent stage, but growing substantially. The ease of mobile accessibility and availability of faster mobile networks is pushing this growth even further. The Indian Esports ecosystem needs to do a lot to improve its basic infrastructure where Esports athletes can compete, and grow as professional players. Still, Indian Esports has several highly skilled players. Esports bodies have to devote time and effort to encourage and nurture more such talent that can grab medals in Asian Games.”

According to the International magazine Forbes, India made it into the top 20, as the sector is worth billions of dollars.

“With around 300 Mn esports enthusiasts India is destined to be the next powerhouse for esports; smartphones and the internet have led to massive growth in esports. A lot of investments and non-endemic brand sponsorships have also started pouring in,” Suji said.

A few years ago, India’s internet gaming industry was underdeveloped, however, as the country witnessed the digital revolution, it is growing day by day. At present, India is home to at least 250 game developers.

Gupta said, “Esports has grown rapidly in recent years in India. We’ve seen Esports viewership rise to 17 million in 2020 that is expected to rise to 85 million by 2025. Multiple game publishers are developing and pushing their games to attract a more engaging audience. In addition to that, many league Events are being organized on a regular basis for games like Valorant, Free Fire, BGMI, and more.

“Esports has now become a lucrative career option for gaming enthusiasts and a profitable business opportunity for game publishers and Esports companies. The growth is clearly visible now as several esports organizations showing interest in hosting Esports events or launching their teams to compete in big League events,” Gupta added.

While talking about what should be the Roadmap for Athletes to Compete in this Event, Suji said, “While we are working on a detailed roadmap, we would urge esports athletes to start forming up teams; learn from the content which is already available online and practice hard and sharpen their skills. ESFI will be launching daily/weekly scrims; do take part in all of them; there will be inter-nation events to provide international exposure too.”

Asian Games which are going to take place in September next year, will have a lot of opportunities and provide much-needed time for athletes to prepare for India. The government can also create a framework for selecting players who can represent India in Asian Games 2022.

“We, as an Esports platform, are in talks with several stakeholders in the Esports industry to get the ball rolling on procedural steps to be taken to ensure fair participation of skilled players. They will be provided with required training so that they can represent India at the World level,” Gupta added.

When it comes to big events like this, players require support from the government in terms of necessary equipment, sponsorship, and hiring professionals who can train athletes.

Suji said, “First and foremost, the Ministry of Sports should immediately recognize our sports and ESFI; this would help ESFI get the best of the professional coaches and infrastructure to train our athletes. With Asian Indoor and Martial Arts Games scheduled for March 22, we are running against the time.”

Gupta while talking about what can the Indian government do that can benefit the participants, said, “Government is also taking measures to regulate Esports like any other traditional sport. Once it’s done, its acceptance and growth will surely see a rise manifold. In India, there is a common belief that any online game and sport is Esport. Therefore, there should be a clear distinction between Esports and other forms of casual gaming. In several countries, Esports is recognized as a real sport. The Indian government needs to consider Esports as a real sport and cover it under its sports framework and policies.”

Future of Esports in India:

There are many organizations that are trying hard to get recognition for casual games as esports. This is diluting the efforts of esports players and fans.

“For Hearthstone we are pretty confident as Tirth Mehta had won bronze in Asian Games 2018 (Jakarta), this time he will be aiming for the Gold. PUBG, FIFA, DOTA, Street Fighter we have many esports athletes who have known the world over for their talent. Times have changed for good over the last couple of years, today esports is being recognized as a career opportunity and industry, investments are happening, parents are being supportive; this kind of support mechanism was non-existent earlier and the government will also recognize esports as a sport soon; there is no reason why we will not get medals for India,” said Suji.

Gupta also said that there are a few highly skilled players in India for games like Hearthstone and BGMI. In less than a year, we have picked the best players and trained them to compete at the world level at the Asian games 2022. “However, due to lack of understanding of Esports and absence of Esports framework and policies, it appears to be a tough task to find and nurture professional athletes who will compete at the world level,” Gupta added.