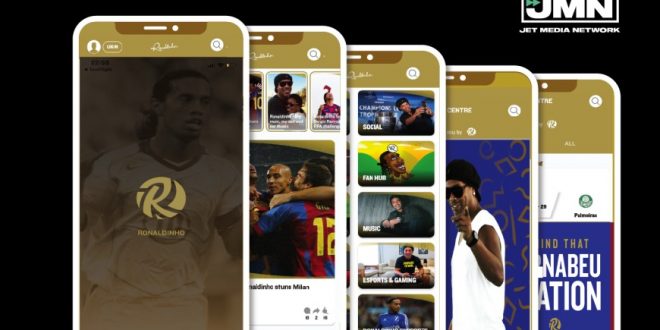 The company will expand its “world of icons” to include other celebrities, musicians, actors, gamers, influencers, public figures, and more

This announcement came ahead of its first mobile app launch, in a collaboration with former Brazil, Barcelona and AC Milan football (soccer) player, Ronaldinho.

According to the official statement, the platform will offer exclusive content, auctions, social media aggregation and e-commerce, with non-fungible tokens (NFTs) also among its capabilities. Jet Media Network aims to create an experience that users cannot find anywhere else, using cutting-edge technology to deliver an unrivalled icon-fan relationship.

“The investment demonstrates the shift in direction and change in appetite for celebrities to have greater ownership over their brand and content, and in essence, to become their own publisher. It also demonstrates the belief that Jet Media Network has the right technology, strategy, and leadership in place to succeed,” said the CEO and co-founder of Jet Media Network, Jesper Schertiger.

As per the official statement, the company will expand its “world of icons” to include other celebrities, musicians, actors, gamers, influencers, public figures, and more.

Previous Not Just A Trend: Inclusion Of Gamification In Education
Next RummyBaazi Unveils Its New Avatar With CardBaazi