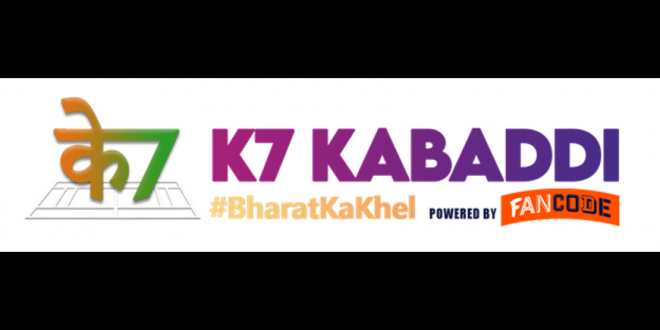 Kabaddi Adda has announced its partnership with FanCode, for exclusive broadcast rights of the K7 Kabaddi Stage Up tournament. Matches from the upcoming tournament will be exclusively live-streamed on FanCode, reaching its user base of more than 20 million sports fans.

Through collaboration with FanCode, Kabaddi Adda aims to bring back live kabaddi action to the fans who have been waiting for the sport to resume. Speaking on this, Suhail Chandhok, Co-Founder, Kabaddi Adda, said, “It’s been a challenging year for athletes and with the K7 Stage Up, we want to not only bring back the thrill of our own Sport of Kabaddi, but provide opportunities to budding players from top Kabaddi academies across the country. The collaboration with FanCode helps us reach out to Kabaddi fans on a massive scale but also provide a platform for talent across players, coaches and referees to showcase their skills, giving them exposure among fans and professional teams across India and Indian sub-continent.”

FanCode, launched in March 2019, provides highly personalized experience across sports content, commerce and statistics to all sports fans through innovative technology. Since inception, FanCode has partnered with several domestic and international sports leagues and associations across multiple sports.

Talking about the partnership and comprehensive digital sports experience that will be offered during K7 Kabaddi, Prasana Krishnan, Co-Founder of FanCode, said, “We are excited to host and support Kabaddi’s comeback after a hiatus by live streaming all the action from K7 Kabaddi. To make it engaging, through innovative technology, we are creating a comprehensive live kabaddi experience where the fans can witness live streaming, fastest live scores with play-by-play information, real-time statistics, and much more.”

Kabaddi Adda’s existing distribution network and strong connect will help amplify the content, with social reach to the massive kabaddi audience online. Being associated with the grassroot ecosystem of the sport, it will leverage expertise in data and automation tech to bring together the community. Recently, Kabaddi Adda even undertook an initiative ‘Mann ki Jeet’ to address and support the mental health wellbeing of kabaddi athletes and make them field-ready for upcoming tournaments like K7 Kabaddi.