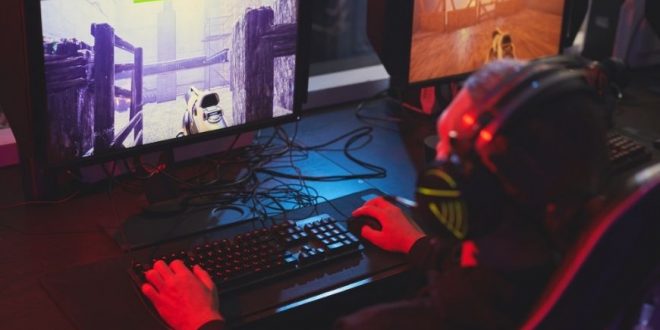 The Karnataka Police (Amendment) Bill, 2021, was tabled in the Legislative Assembly on September 17 to ban online gaming or betting by amending the Karnataka Police Act of 1963, with maximum imprisonment of three years and a penalty up to Rs. 1 lakh, which has taken the gaming industry by storm.

Home Minister Araga Jnanendra introduced the Bill, which aims to ‘ban online games, involving all forms of wagering or betting, including in the form of tokens valued in terms of money paid before or after issue of it. It banned electronic means and virtual currency, electronic transfer of funds in connection with any game of chance’.

Many fear that the move by the Karnataka government may hamper the image of Bangalore as it is a hub for unicorns. The gaming industry is also concerned that the overall gaming ecosystem of India can get affected by introducing a law not prohibiting online real money skill gaming in its State.

Roland Landers, CEO, All India Gaming Federation said, “India is the fifth largest online gaming market globally and skill-based gaming, a sunrise sector, is giving birth to an increasing number of unicorns within the country, especially Karnataka. The sector has been a strong financial contributor to the Indian economy even during an unprecedented period of slowdown and is further expected to generate revenues in excess of $ 3 billion by 2025. The move by the Karnataka government in tabling the Karnataka Police (Amendment) Compliance Act, 2021 act can be seen as a setback to the state’s reputation of being a tech-hub and start-up capital.”

According to the Supreme Court, the games of skill are not gambling, and the offering of games of skill is a legitimate activity protected under the Indian Constitution. This has been reiterated multiple times by various high courts, including the Karnataka High Court.

Justice Vikramajit Sen, a former Judge of the Supreme Court and former Chief Justice of the Karnataka High Court, said, “The Indian regulatory framework has clearly differentiated between games of skill and games of chance in India. Just because games of skills may involve an entry fee they cannot be considered gambling. Games of chance are considered gambling as it involves luck rather than skill and thus it is expressly prohibited by the law, wherein games of skill are considered legal across most states including digital & online. The sector needs the support of state governments to promote initiatives towards responsible gaming and recognition of the AIGF ‘Self-regulation Framework’. AIGF and its advisory members look forward to an opportunity to engage stakeholders within the state government to make an industry representation on the matter.”

PK Misra, President Players’ Association – AIGF and former senior IAS said, “The move will affect the online skill-based gaming sector, putting an end to player’s right to earn their livelihood. There is no clarity on the scope of this law, and we remain in constant fear of the players’ livelihood being banned at any time without prior information or dialogue.”

“Around 10-12 per cent of India’s gaming community is based in Karnataka, and many of these players who compete at the international level are afraid for not only their livelihoods but also their ability to pursue their dreams of becoming professional players on international platforms. I certainly hope the state government draws a clear distinction between gambling and games of skill. Since 1957, the Supreme court has reiterated games of skill as a legitimate business protected under article 19(1)(g) of the Indian Constitution, also supported by the Karnataka High Court in multiple judgments,” Misra added.