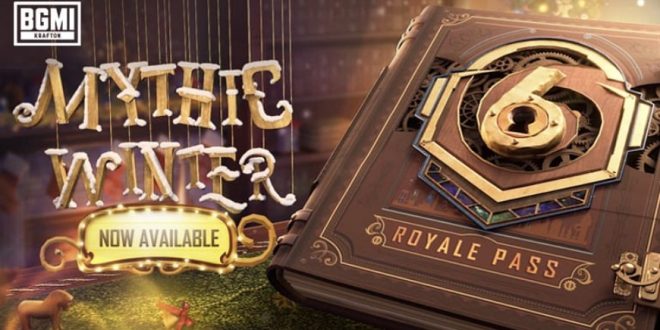 Krafton, Inc., the South Korean video game developer has said that it will be bringing all-new game modes and seasonal events for its Battlegrounds Mobile India fans through its December update. The update will be rolled out today on the Google Play Store and iOS App Store

The 1.8 updates will introduce a new ‘React Survival’ mode. In this mode, players can wear blue tracksuits with different numbers to join the Red Light and Green Light games. The player who gets to the finish line without being detected by the giant Rabbit wins the game.

There are 3 rounds in the match, and the match ends when the time limit gets over. This mode can be joined from the arcade mode and what’s more, players can even play by creating a custom room privately to play with friends

Among these modes is the ‘Metro Royale Mode’ where players can gear up before the match and loot lots of items, ‘Survive Till Dawn Mode’ where you loot items by killing zombies, ‘Virus Infection Mode’ where you fight either as a human or zombie, ‘Heavy Machine Gun 2.0 Mode’ offering exciting combat with helicopters and armoured vehicles, and ‘Rune Theme Mode’ where you join the match after choosing 1 out of 3 rune fragments.

Meanwhile, the new Mythic Winter themed RPM6 will be available from December 20th, 2021 to January 17th, 2022. Fans can get the Snow Santa Monster Set, Snow Santa Monster UAZ, and Frozen Guardian Set by purchasing the royale pass for 360UC.

Previous Here Is All You Need To Know About PUBG: New State Update
Next Battlegrounds Mobile India Bans Over 1.4 Lakh Accounts In 1 Week Amid Cheating