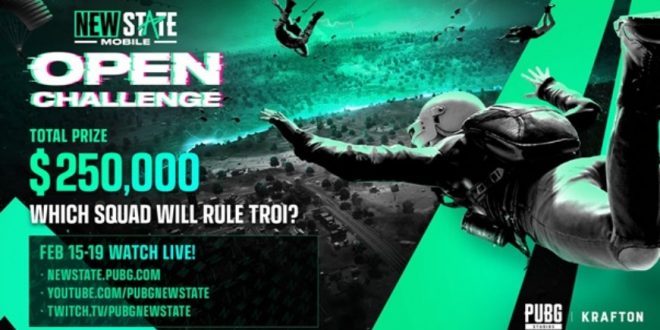 krafton, a South Korean gaming giant on Thursday said that it will host its first official New State Mobile esports event in Korea from February 5-19 2022, with a prize pool of more than $250,000.

The goal of all upcoming events is to continue supporting the game’s community of highly-skilled players who enjoy intense, competitive and unique battle royale gameplay.

New State Mobile Open Challenge Schedule and Structure: For all qualified players in Korea who are at least 15 years old, the event will be held both online and offline. The current schedule is as follows:

Each match will feature eight teams of four players battling it out on the game’s new BR: Extreme Mode. The New State Mobile Open Challenge will also leverage the components of the Standard And Universal PUBG Esports Ruleset (SUPER) used by PUBG: Battlegrounds, where final standings are determined by both match “rank points” and “kill points.”